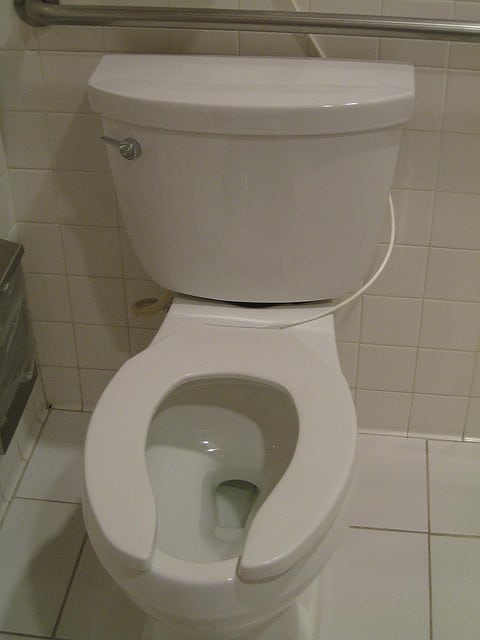 The Students’ Union Exec team were asked for their help to flush out an unusual problem last week.

Amongst the more normal requests of a nap room in the library and a Union boycott of Starbucks, a more unconventional idea was logged in the Executive meeting minutes.

“Ask students not to step on the toilet bowl when doing their business,” the request pleaded, “so that ‘things’ don’t splatter out to the rim of the bowl where no flushing can be reached.”

The request, addressed in the February 4th meeting, caused widespread bewilderment within the Exec team.

“There was confusion over the meaning of this, and clarity was needed,” read the meeting minutes.

Unfortunately, the idea had to be “deferred until [the] next round” because the University Assembly already had six ideas for discussion.

However, the Exec team did carry out their doody of care, and, not wanting to leave the specifics of this case a crapshoot, contacted the student who submitted the request directly for some clarification.

“Student has already been contacted to confirm that they meant the University,” the minutes show.

Speculation has been swirling around the Students’ Union that such a request was not sincere, and made feces-iously.

Rumours that this was an idea submitted simply to make the Exec team the butt of a joke are, as yet, unconfirmed.

Bogged down with other Union business, the Exec team did not devote too much time to the issue.

The proposal that The Students’ Union should boycott Starbucks was discussed in more length – indeed, it appeared that on the list of priorities, students stepping on the toilet bowl is a distant number two.

At press time, the request had not yet been followed through. However, the Exec team were not prepared toilet the issue slip through the cracks.

“Ask for clarity on the toilet idea,” read the note in the Feburary 11th meeting.