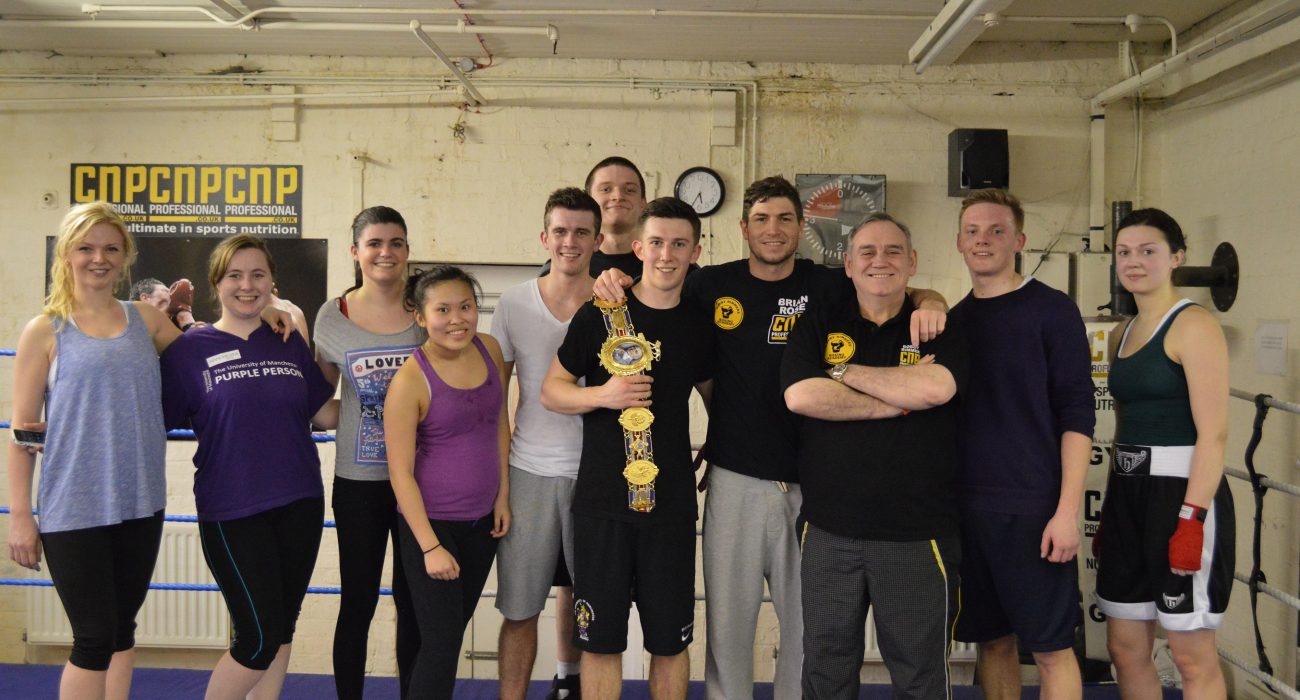 This week members from the Equestrian Society swapped with members from the Boxing Society. This was a great opportunity for both societies to break certain stereotypes that circulate these two sports which just aren’t true.

The four members of the Equestrian Society who attended the boxing session were Claire Henderson, Sophie Mills-Thomas, Elaine Cel, Lauren James. The session was run by Coach Bobby (former trainer of Ricky Hatton) and Brian Rose who is the current Britain light middle weight champion, so the girls were definitely thrown in at the deep end. I spoke to Claire Henderson who explained how the training session went.

‘I was really worried that the trainers would be big scary men who would really mock our inability to throw a punch, and crack constant jokes about the current horsemeat issues. This was totally not the case, they were all so welcoming. To be honest our riding instructor shouts far more abuse than the boxing coaches, who were all about encouragement and smiles. They did find it amusing to have equestrians in the gym but they wanted to work with us not make us look like fools.

‘The highlight of the session was getting into the ring with Brian Rose, it’s not often you get a chance to throw a punch at a British Boxing champion! The exercise routine was rigorous and we tried to keep up as best we could but the other boxers made it look so easy. The only negative part of the experience was getting out of bed the next morning – my core and shoulders never wanted to move again!

‘Overall we all had a great time, it was a privileged to be taught by Brian Rose and coach Bobby made us feel so welcome. We all enjoyed it so much more than we expected. I was grinning all the way home and bounced around the flat all evening it left me on such a high.’

10, it was great fun, really opened my eyes to a totally new sport and would definitely go again.

Having put the Equestrian Society under such a gruelling work out, it was the boxers turn to step out of their comfort zones. Another four members from the Boxing Society (Kris Gower, Andy Gale, Tom Smith and Matt Frankum) took part in a half an hour riding lesson. I spoke to Kris Gower about how horse riding exceeded their expectations, being more physically challenging than originally thought and a lot more fun.

‘Initially we all thought it was going to be really easy, we get hit in the face twice a week so how hard can it be to sit on a horse as it jogs around a field? Apparently it is a lot harder than that! When we saw how big the horses we were it was quite nerve wracking, but the instructor and members of the society were great at calming our nerves.

‘Horse riding itself was entertaining, personally I had a very temperamental horse which did whatever he wanted whenever he wanted. But I soon picked it up and was pretty sure I heard someone say I could be the next Frankie Dettori.

‘The most entertaining part of the riding lesson, well entertaining for spectators, was when we had not mastered rising trot. This meant some quite serious pain was experienced with the crown jewels when we were told to start trotting. I haven’t been in pain like that for a long time, and I get punched regularly. Similarly, seeing Tom Smith have the same issue and go just as pale eased my pain.

‘We all had a great time and absolutely loved it. It was a totally different experience to boxing but required just as much dedication and concentration. The members of the Equestrian Society were so welcoming; we even have future plans for joint socials and more swaps.

11, I think it will become a new guilty pleasure. We are even bringing Bobby (our coach) and Brian Rose down at some point. I also recommend taking part in society swap because you get so much out of it, doing the same thing over and over can become monotonous so it was a breath of fresh air.