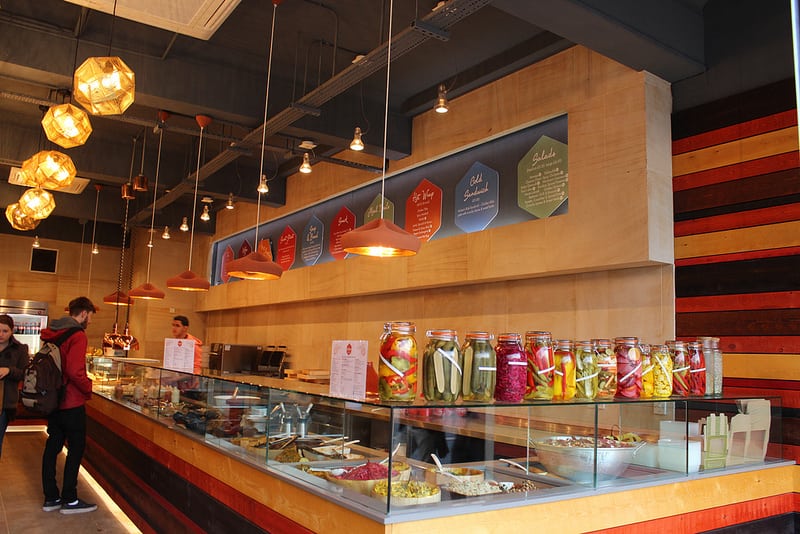 Kukoos is a new fast food joint on Oxford Road from the team behind award-winning Indian restaurant, Zouk. Despite the area being overrun with chicken houses, supermarkets, a Greggs and a Subway, this isn’t your typical takeaway, and sits as a beacon of light amongst its neighbours. With queues out the door every lunchtime, we obviously weren’t the only students to be enticed by a change from the Sainsbury’s meal deal.

It serves up fresh Indian, Moroccan and Lebanese street food, all intended for you to take on the go. There are no tables beckoning you inside, just one long and cumbersome bench that stretches along the length of the shop. This is quite difficult to negotiate and is so high up that your legs dangle, confused, from your seat – but street food has never claimed to be comfortable.

The street food concept is expertly reflected in the menu, which boasts wraps, dosas, salads, soups and sweet and savoury snacks. All act as perfect substitutes for the pre-packaged sandwich, which may rival in cost and convenience, but are no comparison in flavour and freshness.

Filling, delicious and at only £3, the hot wraps are the best choice for lunch on the go, and for an extra £2 you can add any 3 salads. Wrap fillings include lamb, spinach and hummus, spicy meatball, chicken tikka and vegetarian alternatives such as cheese and onion bhaji, aubergine and falafel. All are encased in warm, doughy flatbreads with a choice of garnishes and sauces. Be careful, though, as they sometimes run out of the popular meaty fillings towards the end of the day.

Dosas, which are large, thin pancakes, are made to order before your eyes on a contraption reminiscent of a French crêpe griddle. One man photographed the whole process on his phone, clearly impressed. These also come with a range of fillings and are slightly cheaper than their thicker wrap counterparts.

The salad bar gleams behind its glass display, colourful and inviting. We sampled the beetroot, chilli and broccoli, a slaw of roughly grated carrots and raisins, Bombay spiced potatoes, Baba Ganoush, Kukoos’ variation of a Greek salad and deliciously crunchy spiced cauliflower. The choice is extensive despite all being vegetable-based, and unlike the homogeneous mayo-heavy salad bars we have become accustomed to, each dish seems to pack a distinct and flavourful punch.

Initially, the long, extensive stretch of counter seems intimidating, almost overwhelming its customers with the amount of choice it holds behind the glass. However, once you become aware that this is a place where you are encouraged to pick and choose exactly what you want, you realise that the intent is not to intimidate, but merely to feed you a good range of tasty and affordable street food. It stands out from other takeaway dives with an exciting, flavoursome and seemingly much healthier menu, and, even when queues sprawl out onto Oxford Road, Kukoos still manages to produce speedy service.

The only downside was the difficulty of eating a wrap, which is perhaps something that is overseen when you enjoy a drunken kebab and, more importantly, just the nature of street food. However, every dribble of meat juices or sauce that slid down our faces was dutifully scooped back up – a good sign if ever there was one. 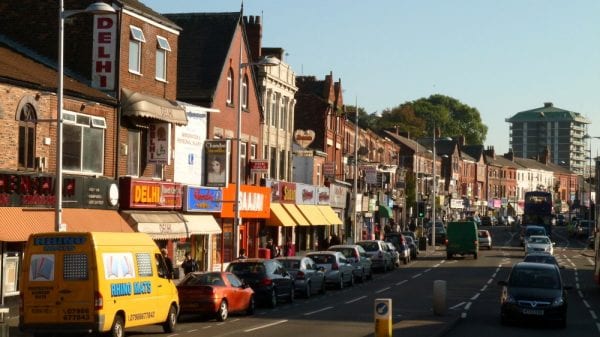 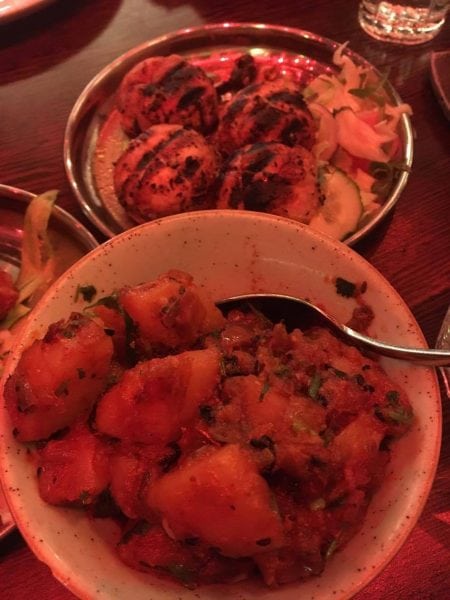