Large scale, successful student protests have been somewhat lacking over the last ten years, most notably with marches and demonstrations in 2010 and 2011 failing to prevent the rise in tuition fees despite hundreds of thousands of supporters. The student voice is being ignored and our concerns overlooked. Is it the methods that are failing, or is it that students have lost the power to effect change? Time to shine a spotlight on the University of Sussex and their growing movement ‘Sussex against Privatisation’, where they seem to be getting it right.

In May of 2012 plans were revealed outlining proposed changes to the way services are handled at Sussex University. Senior Management revealed their intentions to outsource 10% of the workforce, privatising 235 jobs across the university by August 2013. The outsourcing will cover a large number of services including catering, grounds management, security services, building management and maintenance and areas of administration.  This news was greeted with dismay and the plans faced opposition from many students and staff who claimed that outsourcing would negatively impact the university and undermine its sense of community. Despite internal opposition the university pushed on with its plans, advertising jobs in the European Journal and opening up sectors of the institution to private bids. Tensions over the intended outsourcing have come to a head in the beginning of this year with the occupation by students of Bramber house, a conference centre attached to the university. Around 100 activists currently occupy the building, with the numbers increasing daily as public support for the movement grows. A simple yellow square has become the symbol of the protest and other universities and students have been expressing solidarity with the movement by placing yellow post-it notes in windows and yellow banners stating ‘Support the 235’ across student unions.

Along with the occupation activists have led large rallies and demonstrations featuring both students and staff around campus and a list of signatories pledging solidarity to the movement now numbers in the hundreds. It is through this list that media attention was first attracted to the movement as it contains support from high-profile personalities such as author Noam Chomsky, director Ken Loach, actor Peter Capaldi, comedian Mark Steel, columnist Owen Jones, as well as MPs such as Green MP Caroline Lucas and Labour backbencher John McDonald. The majority of the list is made up by university academics and professors, including David Wilkinson, a Teaching Assistant at University of Manchester.

So why was there a drive towards privatisation in the first place? Michael Farthing in a letter stated that “…As we [Sussex University] undergo a period of substantial growth and significant change … we want to ensure we have an environment and services that will be high quality, focused on students and staff and offer good value for money”. All of these are laudable aims. What is unclear however, is why private industry will provide this and the public sector cannot. If we contrast Sussex with the University of Manchester we can see the exact opposite, a large institution run efficiently and successfully by the university with only limited links to the private sector in specialist areas. Claims by the Sussex activists that the sense of community of the university will be diminished by privatisation have been rubbished by Sussex management, who doubt the impact of the university services on this ‘sense of community’. In contrast on the University of Manchester website under the ‘jobs’ section it tells possible employees that ‘…with more than 10,000 staff and nearly 40,000 students, the University is more like a community than a workplace.’ Manchester clearly does not devalue its own in-house services and the communal atmosphere in the same way that Sussex does.  With examples like Manchester proving the worth of public services, one wonders why the government seems so keen to discredit them, to continue with the dogma that private equals good, public equals bad.

The real issue at the heart of this protest is that of marketization, and whether we are prepared to let higher education become another battle ground for the private sector. Protesters at Sussex University are making a stand; it’s only a matter of time before other universities will have to decide whether to stand in favour of students as learners, or students as consumers.  And ultimately it’s up to us as the students to decide what we want our education to be. Do we want to be receiving an education or merely a product? The protest at Sussex University is just the tip of the iceberg. 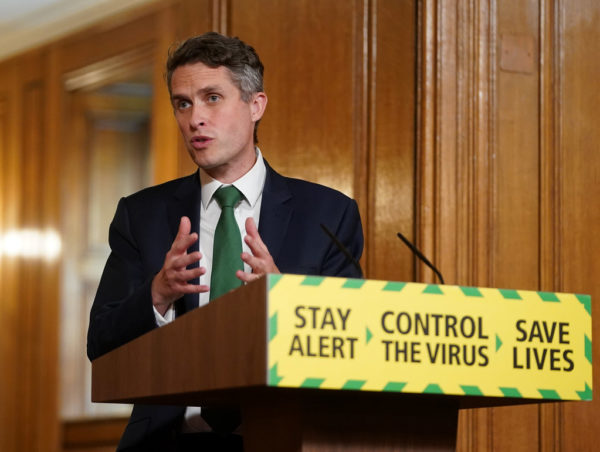