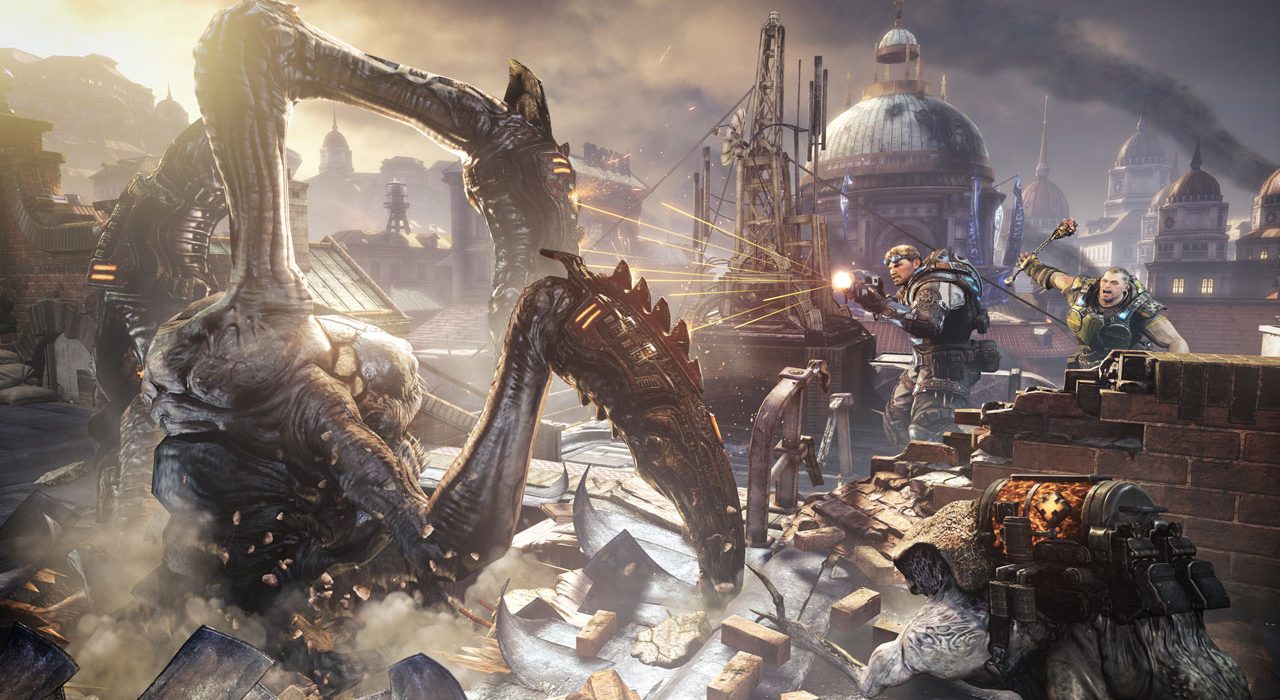 Gears of War is back, two years after the trilogy concluded with Gears of War 3, Epic Games are revisiting the Gears universe with Judgement. Judgement takes place before Gears of War 1 and for the first time the story follows Baird and Cole of Kilo Squad rather than Marcus and Dom of Delta Squad.

The squad is on trial for treason for stealing COG technology after the Battle in Halvo Bay. Judgement has you playing through the testimonies, taking on hordes of Locust as you argue for your innocence.

One interesting mechanic is the ability to alter your testimony and get a higher end of level rating by taking on additional challenges, like only using certain weapons for the duration of the combat. This should be popular with achievement hunters, looking for more to do than just complete the game on Insane difficulty.

Judgement looks to expand the popular multiplayer with Overrun mode. Similar to Beast mode in Gears of War 3, Overrun allows you to play as all the different locust, from the lowly Ticker to the powerful Corpser. You can play as either the COG or the Locust. As the COG you’ve got to hold your ground against the Locust as they try to open up Emergence Holes and destroy generators. As the Locust, you start off small, building up and attack with Tickers, but as the game goes on you build in strength and are eventually able to call upon Corpsers and tear the COG up.

Not content with offering chainsaw bayoneted assault rifles, Judgement expands the Gears of War arsenal with two new weapons, the Booshka and the Markza. The Booshka is a grenade launcher that fires small shells that ricochet around the map, detonating on impact with an enemy. The Markza on the other hand is a semi-automatic rifle with a sniper scope, that’s deadly at a distance. Gears of War: Judgement is set to be a worthy installment in the Gears franchise.