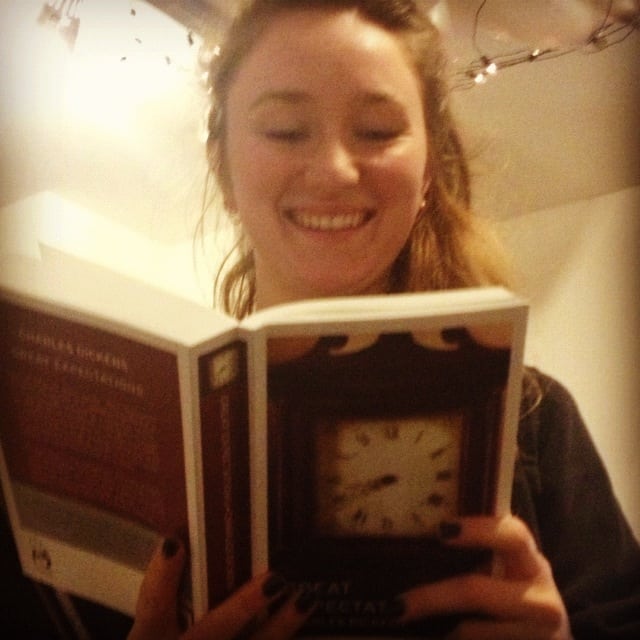 Hi Harriet, how are you?
Hello! I’m drowning in essays and trying to ignore looming deadlines.

What are you reading? What’s it about? What are the characters called? Do you like them?
I’m reading Great Expectations, by Charles Dickens. So far we have Pip, Magwitch, Mr and Mrs Joe Gargery, Estella and Miss Havisham, amongst others, all carefully drawn, nuanced characters which have somehow, I think, crept into our cultural consciousness – Miss Havisham and her burning wedding dress, Magwitch suddenly coming into focus in the marshes…the images are quite haunting and don’t leave the mind easily.

Is it great, just good, or not worth the trees?
Pretty good effort from Dickens I’d say… It’s fantastic! The scope of the plot is extraordinary, chronicling the growing-up of the protagonist, Pip, and his relationship with Estella, the adopted daughter of the now-iconic Miss Havisham of Statis House, but that doesn’t inhibit the detail with which motivations are discussed, secrets revealed and identities developed.

Do you generally go in for plot driven page-turners or word-by-word, sentence-by-sentence thrills?
I like word-by-word thrills I think. I don’t think that much has to really happen in order for there to be something interesting to say about it.

I was having a conversation with someone the other day about whether students read or not – I felt they didn’t (in general) and didn’t buy books, but the person said that if they (the students) do read they’re likely to read quite a lot, and buy all the books that they want to read. Do you feel that these types hold up? Which are you?
Or alternatively, just tell us about your reading/book buying habits:
I think some students don’t and some do much in the same way some people don’t and some do – I don’t think there is anything about students that makes them any more or less likely to read, if they have always read then they will continue to do so. I read a lot for my course, but I still don’t get through everything – I think you have to pick your battles to an extent. I buy a lot of books – I like the physicality of them and I like having books which have been well used and scribbled in, I think you get a very different reading experience from a Kindle or an iPad, even though both are useful for some things.

There’s been a spate of literary anniversaries recently – Pride and Prejudice turned 200, it’s been 50 years since Sylvia Plath’s death – and more to come later in the year. How cynical do you feel about these, is it any excuse (and any arbitrary years since…) to squeeze some more publicity and more sales for already published books, or should we take the time to celebrate great writers and great books of the past?
I think the book industry works as a business like any other – they have to shift copies to stay alive and if that means reprints of classics enable the publishing houses to keep supporting emerging writers, or rediscovering lost ones, then that’s fine by me. I do also think that we should value our classics, because so often newer books have been influenced by old stories or old styles of writing, and it’s interesting to get a sense of what a modern authors’ influences might have been, and how well they re-imagine old texts, or reinvent old styles, for themselves.

How do you choose your next book? Are you more likely to take a friend’s advice or a ‘professional’s’ (critic, journalist, lecturer…) in terms of recommendations?
I try and mix between those – I read on friend’s and lecturer’s recommendation, and pick things up in bookshops a lot – I’m easily swayed by a nice cover. The Penguin English Library has made a lot of money out of me recently from some nice cover art.

If you could have written one book (that someone else has written) what would it be?
The Tiger Who Came to Tea – Judith Kerr. 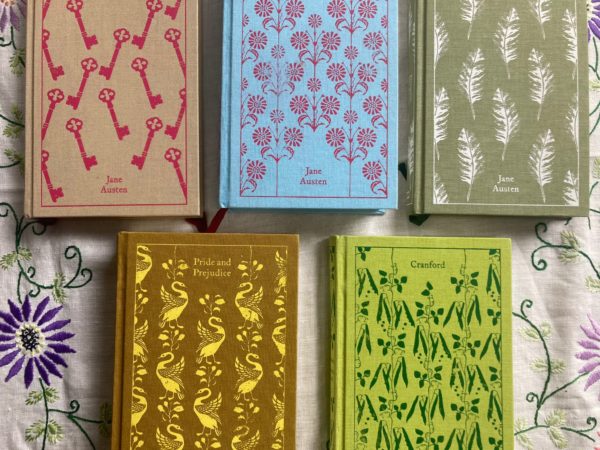 Judging a book by its cover: Penguin clothbound classics 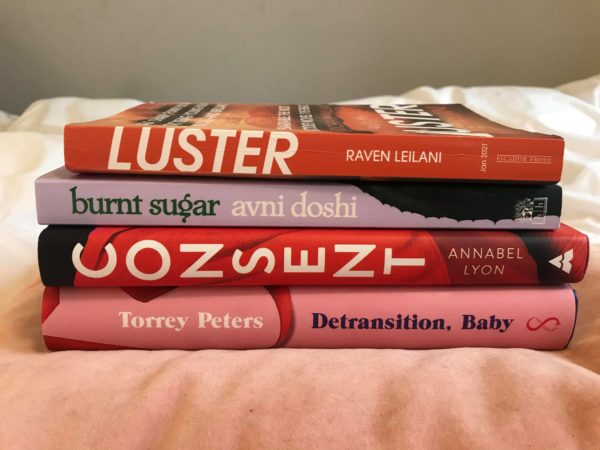