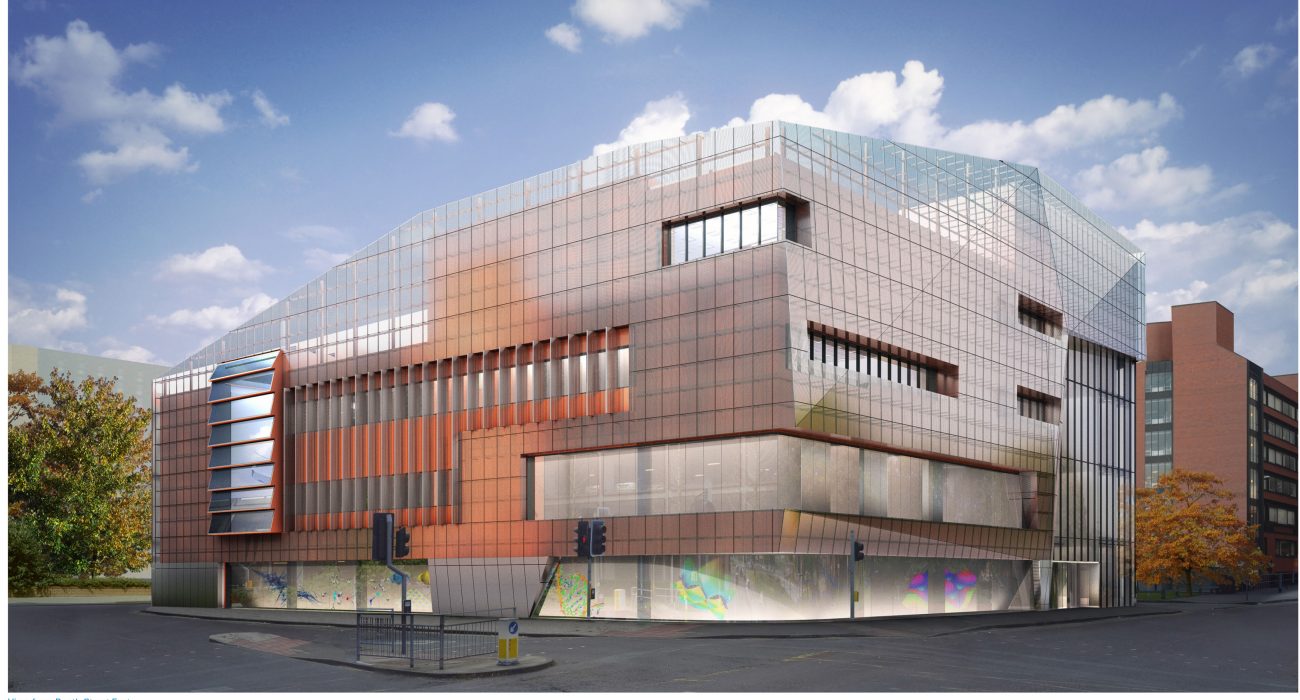 An artist's impression of the National Graphene Institute. Photo: The University of Manchester

Graphene research in Manchester has received an extra £23 million funding boost towards building the world’s leading centre of research on the “wonder material”.

The funding comes from the European Regional Development Fund and will be used alongside £38 million from the UK Government to build the National Graphene Institute (NGI).

“Establishing the National Graphene Institute is crucial to the continued advancement of graphene research in Manchester and in the UK,” said Professor Colin Bailey, Vice-President and Dean of the Faculty of Engineering and Physical Sciences.

He added: “To have such a significant award allows us to build this world-leading institute and allows Manchester to continue its well-deserved reputation as the home of graphene.”

The NGI will boast state-of-the-art facilities and research labs where University scientists will collaborate with colleagues from the industry and other universities. The Institute will be the UK’s centre for graphene research, acting as a hub for other UK research institutions to work at.

Graphene is the world’s thinnest, strongest and most conductive material, and was discovered at the University by Professors Andre Geim and Kostya Novoselov in 2004. They were jointly awarded the 2010 Nobel Prize in Physics for their research, followed by knighthoods during the 2012 New Year Honours.

The material has many potential applications, including ultrafast internet, rollable e-paper and even anticancer or antibiotic treatments.

Professor Novoselov said: “Graphene has the potential to revolutionise so many different areas of our lives, and it is fantastic that the Government and the European Commission have recognised that with their important investments.”