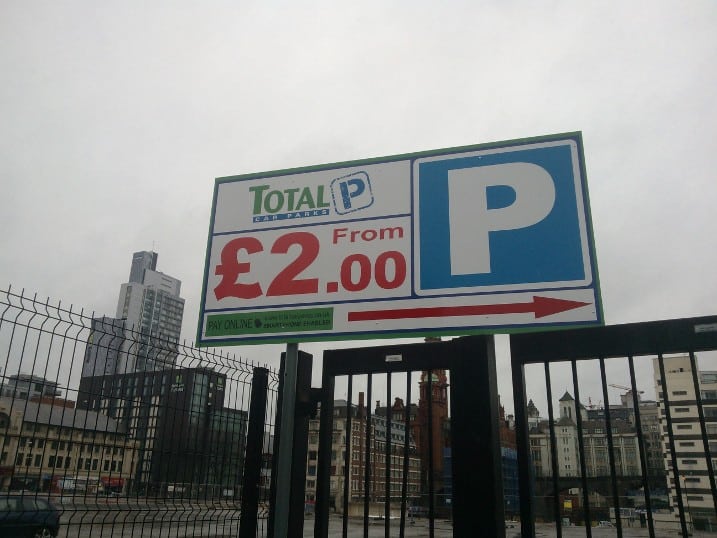 The Oxford Road site once occupied by the iconic BBC building is now an open air car park.

The New Broadcasting House (NBH) was demolished last year, ending 35 years of broadcasting at the site, and is currently offering car parking from £2.

Gareth Hughes tweeted: “What a surprise, the old BBC building on Oxford Road has now been turned in to a car park. What a wasted opportunity.”

The 300,000 square-foot building was occupied by the BBC since 1976 and demolition began in November 2011. It was sold as the BBC made the move to Salford’s new MediaCityUK in Salford.

Programmes based at or produced at the NBH included A Question of Sport, Dragons’ Den and Life on Mars.

But not everyone is upset by the demolition of the landmark. World-famous BBC historian Michael Wood, who worked in the building for years as a journalist, this week told The Mancunion that “it’s not a great loss architecturally.”

Manchester-based Realty Estates Ltd bought the site for an estimated £10 million in April 2011. At the time of writing it was unknown for how long the site would be a car park or what is planned for it in the future.