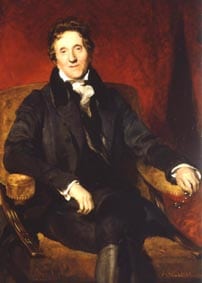 Tucked away, on a quiet street near Holborn tube, is the Sir John Soane’s Museum.

Undergoing extensive renovations when I went, there was some sheeting around part of the building, but other than that, there was nothing to say this was anything other than one among a street of graceful townhouses. It was drizzling, and a warden outside gave us an umbrella while we waited – the house, unsurprisingly, not designed to cope with huge numbers of visitors at one time. Walking through the front door, you are transported, writing your name in the visitors book and leaving all belongings in a cloakroom, stepping into a house which has been, ‘as nearly as circumstances will admit,’ kept as it was when Soane died.

A quote from Wendy Mulford, though she was talking about an early twentieth century novelist, gives an epithet which could equally apply to Soane: a fascination with ‘the tang of things tasted, smelt, handled, known in their quiddity and their essence.’ The house is a testament to a life of intelligent collecting, begun on Soane’s appointment as Professor of Architecture at the Royal Academy in 1806, when he wanted to have his books, casts and paintings carefully curated to show his students. It’s an extraordinary, unexpected and inspiring collection, ccurated and maintained by an enthusiastic team, small tours of the collection are scheduled throughout the day but you can just arrive and wander around by yourself. I joined one of tours in the Hogarth room, which is tiny, shutters folding back to reveal more pictures, crammed floor to ceiling with his satirical prints, paintings and etchings of the eighteenth century urban metropolis, and found the guide concise, passionate and not at all patronizing.

Something different to investigate on an Easter afternoon, entering the Soane is a rare opportunity to experience such a wonderland of visual culture. Around the corner from both the National, and National Portrait Galleries, a short stumble down the road brings you to the Hunterian: London’s eerie-but-fascinating memorial to the world of surgical specimens. Home to the skeletons of the world’s tiniest and largest, the Hunterian is a treasure trove of pickled, and taxidermied wonders –– from puppy foetuses, to crocodile intestines. Further away, Dennis Severs’ House at 18 Folgate Street in Spitalfields is a similarly eclectic experience and well worth a trip. So have a look on trainline.com, book yourself on a cheap return, and go and take advantage of what our capital has to offer.