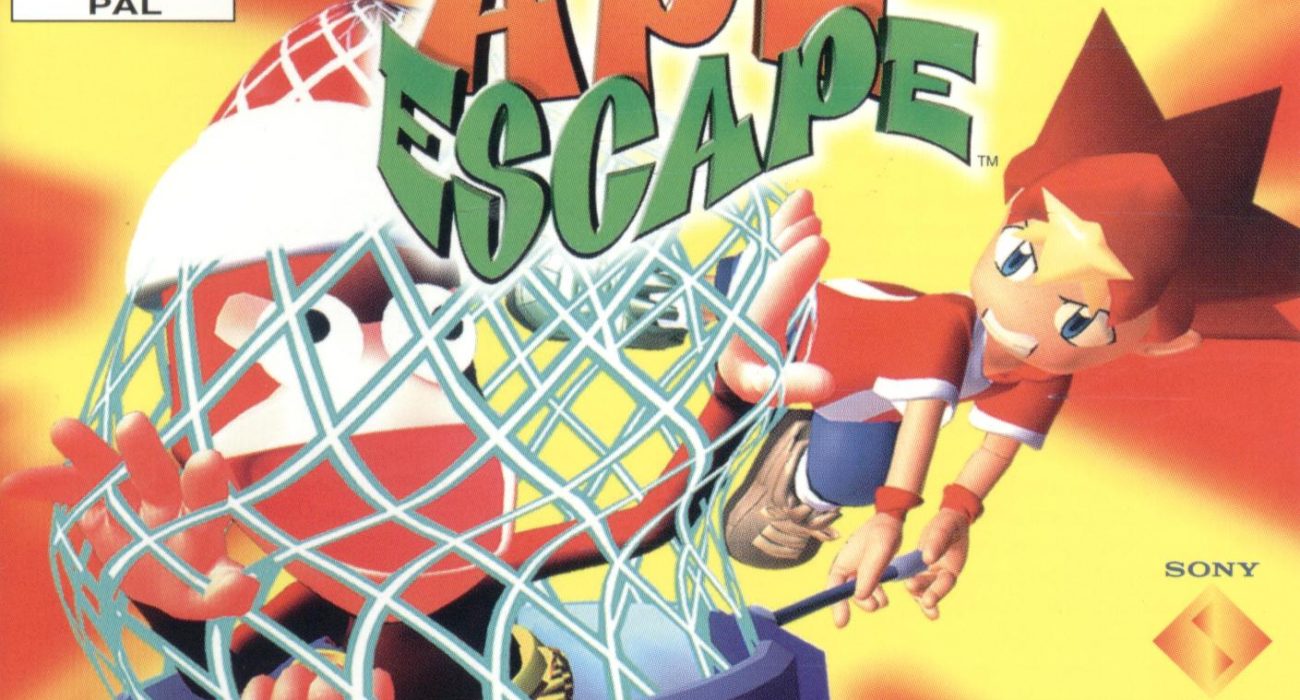 To say that Ape Escape was a game changer would be a disservice to the game that introduced the world to the much-loved Dual Analog Controller.

Hailing from Japan, the story is suitably wacky; a monkey named Specter has donned a helmet which makes him super intelligent (and evil), conscripted a bunch of fellow apes and headed back in time to achieve world domination, kidnapping and brainwashing your best friend Buzz in the process. The player takes control of Spike, and is tasked with capturing said primates and stopping Specter before his Planet of the Apes dream is realised.

In order to catch these cheeky chimps, Spike must utilise a range of gadgets bestowed upon him during his adventure, including the Stun Baton, Monkey Net and Slingshot.

Ape Escape’s most praised feature is the control system, and rightly so due to its then innovative design. Movement was mapped to the left stick, and gadgets to the right, meaning every gadget was controlled differently; the Stun Baton was granted a 360° attack area, while gadgets such as the Dash Hoop required several rotations of the stick to charge up.

In keeping with the time travel theme, level locations varied from prehistoric times (complete with dinosaurs) to medieval Europe, feudal Japan, and finally a futuristic utopia ruled by Specter. With each new location came new monkey varieties; cave-monkeys, ninja monkeys, monkey knights and robo-monkeys were but a few of the enemy varieties Spike had to overcome.

Ape Escape received universal praise upon its release and is often listed among the best platformers on the Playstation One. The controls handle well, gameplay is challenging while remaining fun, and the story, though strange, is engaging.  It’s now available on the Playstation Store, and I strongly recommend you try it.