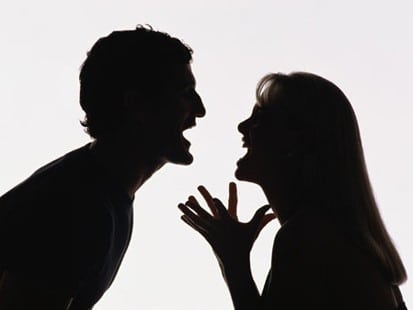 I love a good argument. I will argue with anyone, be it friends, family members or boys. If I’m fired up I could rant at a brick wall. I do honestly believe that confrontation is healthy. Those who are not afraid to speak their mind and push their points are often the most respected and successful people in society – after all, the late, great Maggie Thatcher didn’t become Britain’s only female PM because of her timid personality, did she?

For me, an argument is a good way to clear the air and build relationships with people. There is nothing more awkward than treading on egg shells around people because you are afraid to tell the truth and hurt each other’s feelings. It doesn’t have to be a complete slanging match; if you can both sit and down and put your issues out there, everything will become so much easier. Remember that your friends, family and co-workers aren’t psychic: if you have a problem, you shouldn’t be afraid to voice it.

Arguing also helps you to get what you want. When I’m in a club and a creepy lad starts to dance with me, I will tell him where to go. This makes me far happier than the ‘nice’ girl next to me, who feels obliged to let him grind on her less-than-enthusiastic body. Yes, there have been times where I’ve been called a bitch, but if arguing provides me with an outcome I’m satisfied with, why shouldn’t I continue to do it?

Confrontation and I do not get on. I will go to great lengths to avoid an argument with someone. Basically, I’m a self-confessed coward. In secondary school I once threw a muffin at a girl whilst sticking up for a friend. We stood staring for a second, both equally shocked by my outlandish and out of character behaviour before I turned, legged it and vowed never to act so boldly (or waste a blueberry muffin in such a manner) again.

Usually I will walk away from a situation; I don’t see the point of making people upset for what is often a petty and insignificant reason. It’s not that I don’t see the point in arguing, quite the contrary. I am of the opinion that people should stand up for what they believe in and I do, it’s just that my tactics are slightly different. I try and keep my angry thoughts inside so that when I do tackle the root of the problem, I can get them across more collectedly. I will argue to stand my ground if I really have to, I just don’t like it whatsoever.

Too many people provoke others because they enjoy the thrill of an argument, causing unnecessary aggro and stress as well as sometimes deeper, long term tensions. Yes, life’s too short to be walked all over but it’s also too short to have to keep up with who you’re on talking terms with and who you’re not. So no, I will never be the girl who screams and shouts to get her own way, but that doesn’t mean I’m a doormat either.