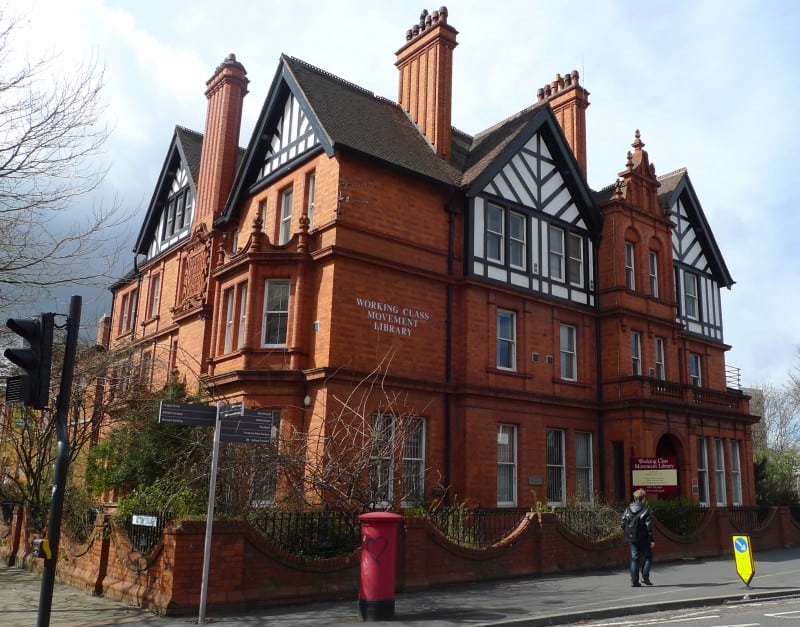 Ten minutes out of Piccadilly gardens on the number 50 bus is the Working Class Movement Library. A sturdy brick building, you can tell from the outside that what’s inside is going to be interesting. Inside, there is a huge yellow banner hung above the front desk saying in thick, green cut-out letters “ANTI-APARTHEID MOVEMENT”, an armchair covered in a map of Manchester, and a grand staircase leading to the 40 rooms full of books upstairs. The collection records over 200 years of campaigning by men and women for social and political progress.

On the walls there is information about the extraordinary couple Ruth and Eddie Frow, who founded the library. They met at a Communist party summer camp in 1953 and discovered that they had in common a love for collecting books about labour history, so they compared each other’s collections, got married, and started the library in their own house. They spent summer holidays roaming the country in their caravan, searching for books to put in their library, until it got too big for their house and they moved it to its current location opposite Salford University in 1987.

From the main exhibition you can get a sense of the vast kinds of items that can be found in the collection. There are not only books but posters, prints, leaflets, and even the boots of a child labourer. There are items relating to Manchester history such as a drawing of the Peterloo Massacre which occurred at a peaceful protest in St Peters square in 1819, and a huge amount of Irish material such as letters from Irish Republican prisoners in Long Kesh and Armagh in the 1970s and 80s which were written on cigarette papers and smuggled out of prison. There is also a ceramics room featuring a plate which warns, “MURDOCH IS BAD NEWS”. What makes the collection so interesting and exciting is that the items are all so active, they are not just quietly complaining about the world but actively organizing meetings and protests, writing letters of complaints and songs of unity and freedom.

In the reading room there are huge windows and two armchairs next to a packed book shelf, as well as large, wooden serious study-tables for looking at precious material. On my visit the tables were covered with items that members of the general public had been exploring lately, stacked up in piles with their names on top. These piles, as well as the friendly and busy atmosphere of the library and the multitude of flyers advertising current events, illustrate that this is not just a historic library gathering dust, it is a place to remind us that the working class movement is very much ongoing, and that there are people who still believe in the importance of not just observing the world, but changing it. 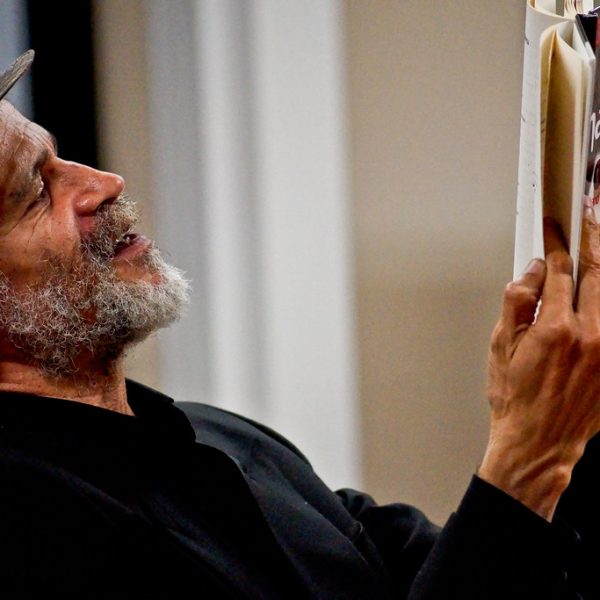 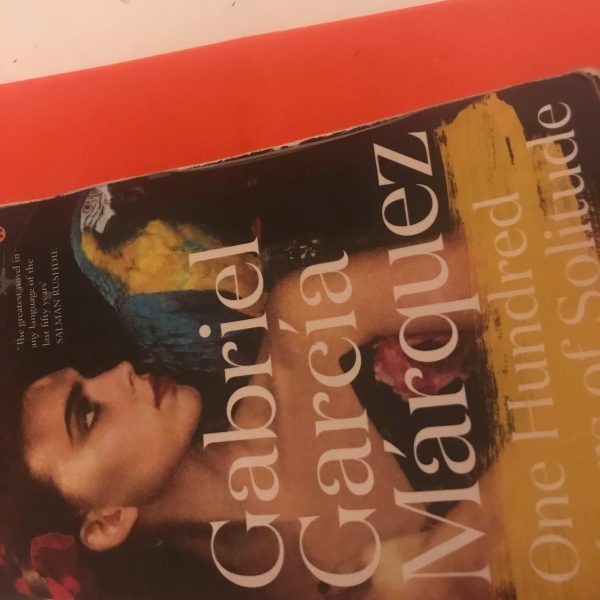