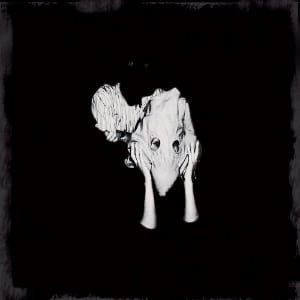 For an introverted band with shy tendencies, appearances on Jimmy Fallon and The Simpsons would seem to suggest a severe paradigm-shift for Iceland’s Sigur Rós. Coupled with the recent departure of keyboardist Kjartan Sveinsson, it comes as no surprise that their musical output has also been subject to drastic changes. Their first album as a three piece, Kveikur couldn’t possibly be further from its ambient predecessor Valtari.

Album-opener ‘Brennisteinn’ (Brimstone) roars to life with distorted, heavy bass and seismic percussion. As its title suggests, the track is a molten concoction of brimstone and fire, sounding like something brewed in the cavernous volcanos that the band’s homeland is so renowned for. A calming brass section sees the song out as the dust of its climactic finale settles. It’s the darkest, most brutal song Sigur Rós have penned, and the most exciting they have sounded for a long time.

Populated with more conventional, shorter songs, Kveikur doesn’t sculpt the same vast and majestic soundscapes as 2002’s ( ), but is no less impressive in its execution.

Those hoping for a whole album of darker songs in the vein of ‘Brennisteinn’ will be disappointed, however. ‘Hrafntinna’ (Obsidian) is a more traditional offering, with metallic, clanging percussion and a soaring chorus delivered in Jónsi’s trademark falsetto. Another outro of funeral-esque horns laden with sorrow ties up the song in a melancholic fashion. This doesn’t last long though, as Orri’s pounding kick pedal introduces ‘Ísjaki’ (Iceberg), the catchiest, most melodic song in the band’s nineteen year history. With a poppy, upbeat sound and an inspired chorus to rival ‘Hoppípolla’ (Hopping into Puddles), it’s an indisputable album highlight. A screeching guitar sound permeating throughout should be jarring, but somehow works in perfect harmony with the rest of the track. It concludes an opening trio of songs that sees the band reach the unfathomable heights set by career-defining albums Ágætis Byrjun and Takk…

The title-track edges towards uncharted territory with a heavily-electronic sound full of distortion. Jónsi’s vocals are delivered in a much lower register with an almost sinister quality, and it boasts the same momentum that carries ‘Brennisteinn’ forward at such blistering pace. However, the band step back into their comfort zone for ‘Rafstraumur’ (Electric Current), another poppy number with bright, colourful melodies reminiscent of Jónsi’s solo project Go. It is rather Sigur-Rós-by-numbers, with a typical crescendo and explosion of sounds, but that doesn’t make it any less enjoyable.

Much like Valtari did with ‘Fjögur Píanó’ (Four Pianos), Kveikur closes with a sparse piano piece, ‘Var’ (Was). It is something of an anti-climax, though, plodding along with none of the delicate charm that made 2012’s ‘Ekki Múkk’ such a moving piece.

This was always going to be an interesting album after losing such an integral figure from the band. Rather than prove the naysayer’s correct though, it has merely established the post-rock trio’s metamorphic qualities. Always evolving, always experimenting, Sigur Rós are true masters of their craft.