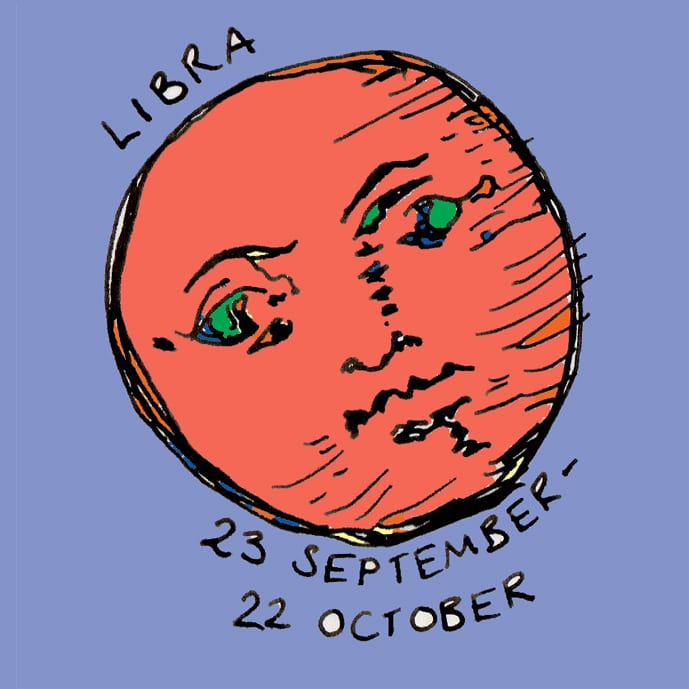 If it’s your birthday this week, you’ll probably spend the day at uni wondering why strangers aren’t being nicer to you. It’s because they don’t know it’s your birthday. Get a big badge. You expect your friends to buy you drinks all night, but it doesn’t quite work out that way.

Yours is one of the most sensual and passionate signs of the zodiac. But when you roll in at 4am with some randomer you found in Pout and keep your housemates up all night with your cries of passion, they will talk about you behind your back, and possibly spit in your tea.

Venus starts heading towards Uranus on Wednesday (hehehe), making this a perfect week to make new friends. If you find yourself sitting next to a stranger in a lecture, strike up a conversation! Being British, they will inevitably think you’re insane and avoid you for the rest of the year,  but it’s worth a try.

You will wake up feeling groggy, nauseous and confused at least three mornings this week.

You like to play it cool when it comes to matters of the heart, but be careful. You may believe you’re projecting an aura of mysterious unavailability, but the object of your affections might just think you’re a dick.

Classes start properly this week, and you’ll catch someone’s eye in one of your seminars. Unfortunately, it won’t be the hot, mysterious student who always wears great trainers. It’ll be the weird guy who always puts his hand up and smells of damp.

Taureans are often described as being “earthy”, but it is possible to take this too far. Regular showers are a good thing, you know, for you and everyone around you.

Mercury is rising in Gemini’s moon this week, which could mean trouble for communication. Calls and texts will dry up. Your hilarious Snapchats will go opened but unanswered. If there was such a thing as virtual tumbleweed, it would be rolling across your Facebook news feed. It’s probably down to Mercury. Or it could be that no one really likes you.

Cancer is one of the more temperamental signs of the zodiac, but you don’t have to be so moody. Stay in high spirits this week by attempting to see daylight, eating lots of fruit and vegetables, calling your parents, stopping to pat friendly cats and dancing to Stevie Wonder in the kitchen.

You’re rising up. You’re back on the street. You’ve done your time, you took your chances. You went the distance, now you’re back on your feet: just you, and your will to survive. So many times it happens too fast – you change your passion for glory. Don’t lose your grip on the dreams of the past. You must fight just to keep them alive.

Virgos’ star colours are greens and brown. Fashioning an outfit out of moss, leaves and bracken will leave you feeling  inescapably “you”.