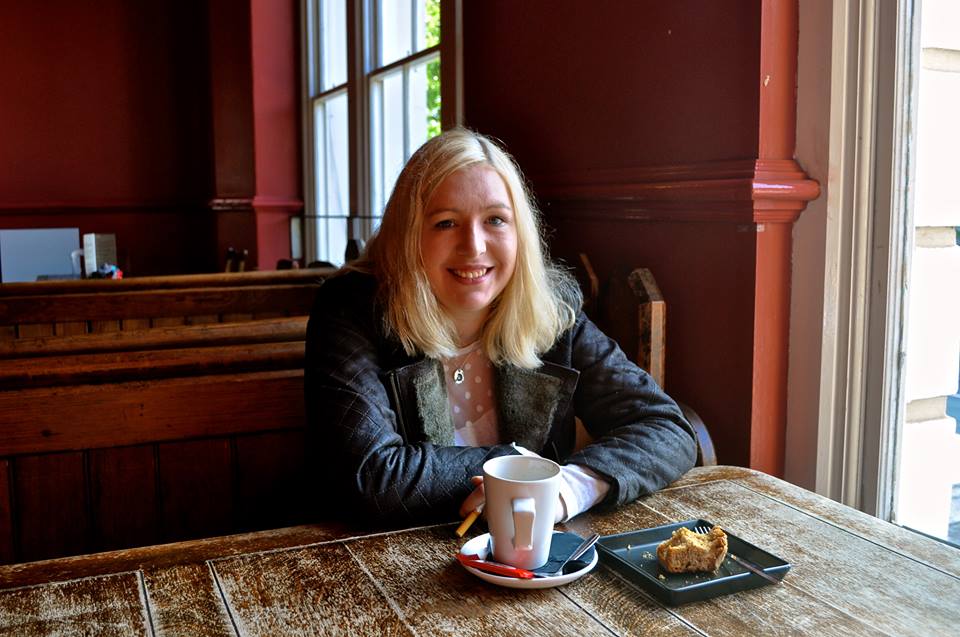 Every so often I read something that reaches out and grabs me by the throat. Helen Isserlis’ poetry did just that. It is honest and pared-down, with dark undertones. And she is only 28.

Isserlis has just completed an MA in Creative Writing at the University of Manchester. Her work is featured in The Manchester Anthology, a collection of poems, short stories and novel extracts published by the University’s Centre for New Writing. When I met her at Kro Bar on Oxford Road, she had recently handed in her dissertation.

She started writing poetry in her mid teens, mainly as a form of escape. “I found it very cathartic,” she says. Although her poems are no longer prompted by teenage angst, her own feelings and life experiences still play an integral role in her work. Isserlis’ poems are autobiographical, “but only to an extent,” she hastens to add.

We get to talking about her influences. Isserlis cites Spike Milligan, whom she has been reading since she was a child. “I love everything from his silly stuff to his really serious stuff,” she says. Like her, Milligan struggled with mental illness. He wrote frankly about his battle with depression – a source of comfort for Isserlis. But her main influences are songwriters: Leonard Cohen, Fairport Convention and Neil Young, among others. “I saw Neil Young live this year,” she tells me, “he did a 25-minute rendition of ‘Like a Hurricane’ in the middle of a thunder storm.” “Neil Young pursued his values and his art to the point where he alienated a lot of people,” she muses. I ask her if she thinks of herself like that. “No,” she answers, “I put people first.”

Although Isserlis had been writing poetry for several years, it did not immediately occur to her to study it. She did her undergraduate degree in English and Philosophy at the University of Liverpool, then went to Nottingham to study Old English, but dropped out. This was a particularly difficult period. “I really hit rock bottom,” she says. “So,” she continues, “I thought ‘Why not do something that I really enjoy?’ ” She applied to study Creative Writing at the University of Manchester and, to her surprise, got in. “I was over the moon,” she says.

It is often said that the only way to get better at writing is to write. What is the advantage of actually studying Creative Writing, I ask. “It helps with the discipline,” she answers.

A lot of writers talk about writing being a nine to five job. I ask her if she is that strict with her own writing. “Not at all,” she laughs. “When I haven’t got inspiration, it’s like pulling teeth.”

Isserlis’ writing process is rather more impulsive. “I have an idea and I get to the point where I can’t resist it,” she explains. Usually this happens just as she is about to go sleep. “I write in bed a lot,” she confesses.

Though she has finished her degree, Isserlis tells me that she plans to stay in Manchester. “I have a pretty permanent apartment here,” she says.

Some say that Manchester is undergoing something of a literary renaissance at the moment, and I ask Isserlis if she agrees. “I think that, culturally, Manchester is ready,” she replies. She lists the written word events taking place across the city and tells me that she herself is planning to launch a poetry night at Fallow Café (formerly Trof Fallowfield). I am thrilled by this piece of information and will be sure to keep readers abreast of any further developments.

As we finish our coffees, I ask Isserlis if she plans to pursue a career in poetry. She shrugs. “There’s no money in it – you either do it for the fame or for the passion,” she answers. The advances on poetry books are very low, she tells me, and she often wonders if she is good enough. “But I’ll give it a go,” she says.

In the meantime, she will do interviews for coffee, she jokes, producing an e-cigarette and taking a drag. I can’t help but laugh. “You can charge it on your laptop,” she informs me, laughing too.