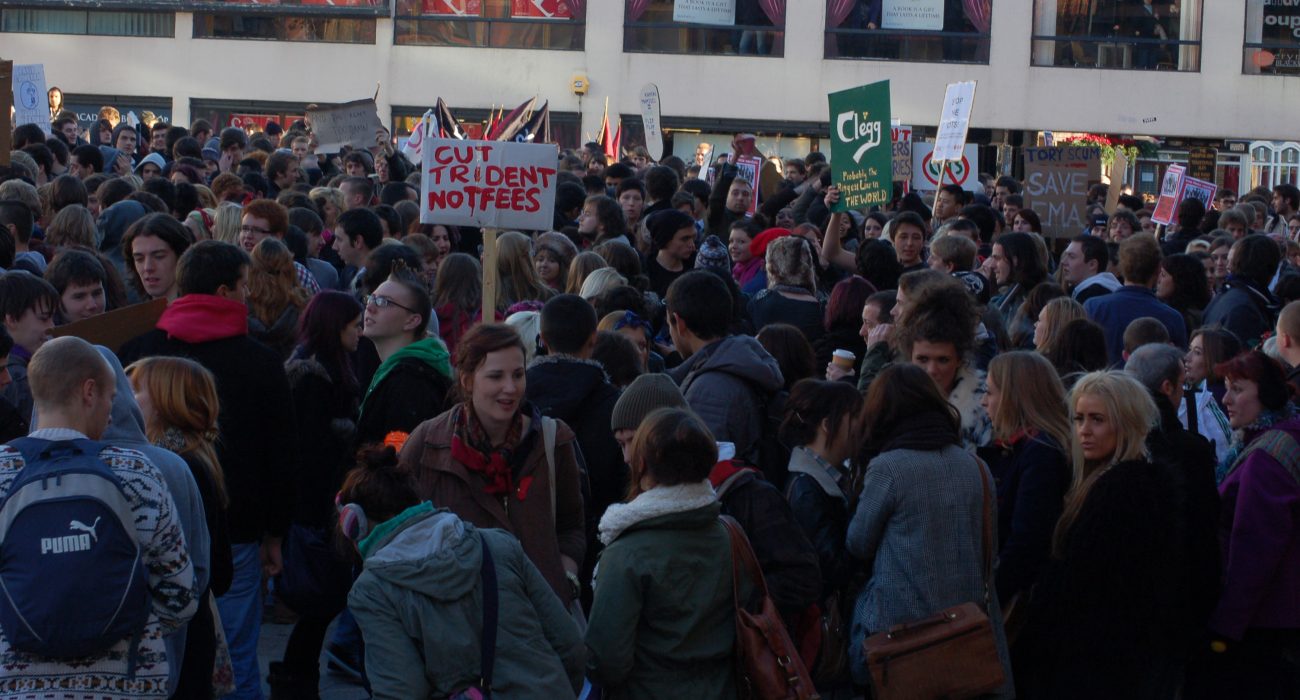 Students at the University of Liverpool stage a walkout over rising tuition fees Photo:Matt Baldry @Flickr

The process of taking me and my possessions to university for the first time had the inevitable effect of triggering within my father that most incorrigible of parental reflexes; nostaliga.
His stories of sit-ins and radical Trotskyists chain smoking roll-ups in the library café led me to believe that Fallowfield would be a thick den of heated debate and ideological discourse. Yet this turned out to be far from the truth. The reality is that most students are apathetic at best and actively opposed at worst to any sort of political involvement or display of passion. More often than not, a strongly held opinion receives a sneeringly cynical look of disdain.

Of course to say that student activism is dead is obviously a rather controversial and inflammatory statement. One could easily point to the scores of political societies that exist on the Union’s books as testament to student’s continued involvement in political issues. Yet my argument is not that there are no politically motivated students. The crux of the issue is that compared to the mass activism of previous generations, our student politics appears meek and disinterested. In comparison to the idealistic student protests of the 1960’s, the destruction of the Millbank building in 2010 seemed petty and selfish. Only when student’s self-interests were threatened could we be roused to action.

In this day and age political causes are only fleeting; the 24 hour news cycle washes away the issue before people can even respond it. We are barraged by news from hundreds of different sources as attention spans wane and distractions multiply. Therefore when an issue manages to break through the miasma and actually motivate people to action, it can be seen a significant success.

Last year we had just that, as the Kony 2012 campaign managed to grab the attention of young people everywhere. With its slick production, snazzy graphics and shameless tugging of the heart strings, the Kony campaign took a complex, multifaceted issue and reduced it to an easily digestible, simplistic narrative of good vs. evil. Throughout university people shared, ‘liked’ and retweeted the campaign without a shred of background knowledge of the actual issues, only to be bludgeoned with the dull reality that Kony was not in Uganda, had not been active for years and that the group behind the campaign were evangelical Christians who were pocketing millions of dollars out of the movement.

Kony 2012 is the textbook example of what political activism is for most students in recent years. Whether you call it ‘clicktivism’, ‘slacktivism’ or jumping on the band wagon; tweeting for a free Tibet or liking the ‘Save the NHS’ Facebook page cannot be viewed as serious political activism. Political involvment for students, once a bastion of university life, is now little more than a fringe activity. Therefore in relative terms, student activism is dead.

Student activism reached its evident pinnacle in 2010 with nationwide tuition fee protests prompting hundreds of thousands of students to claim their own political voice. Those who argue that student activism is now dead routinely cite the apparent failure of these protests and others like them. However, that argument misses the point of student activism. Widespread student protests have become manifest since the 1960s when students established themselves as a distinct political demographic. By campaigning as a group on issues such as nuclear proliferation and the Vietnam War students demonstrated that they were an independent social entity with different opinions to other parts of the adult population.

Almost all of these trailblazing protests were unsuccessful in achieving the actual ends that they had envisioned. Yet they are burned onto the collective memory of the world. Clearly, this student activism had an impact. It is this form of activism that students today look to when they stand up to defend their own interests on social issues. Although this activism may not achieve any meaningful change, challenging the status quo and ensuring that a different voice is heard has its own merits.

For those who dismiss student activism, the fluctuating popularity of student protest is frustrating. It appears that this kind of activism is fashionable and that the majority of the participants’ involvement is encouraged by a momentary interest rather than a long-term concern. However, this should not diminish the value of student protest. At university, students are engaging with issues on an intellectual level for the first time. Without the prejudices of home distorting their personal perspective, teenagers can consider their own intuition on social issues and many form strong opinions on the basis of these. While the strength of these points of view is often only fleeting, they are the foundation on which that person’s political engagement will be based for the rest of their lives. Even if they only act on this conviction once, they are engaging with the political process and the world around them on a level some people never will. This gives student activism value in itself, regardless of results.

The most powerful response to those who dismiss student activism is the emotional reaction of those who, even momentarily, get involved in it. The power of uniting with peers and making your own opinion heard, for probably the first time, is something both irreplaceable and unforgettable. Whilst that power is still available students will continue to buy into it and student activism cannot be dead. 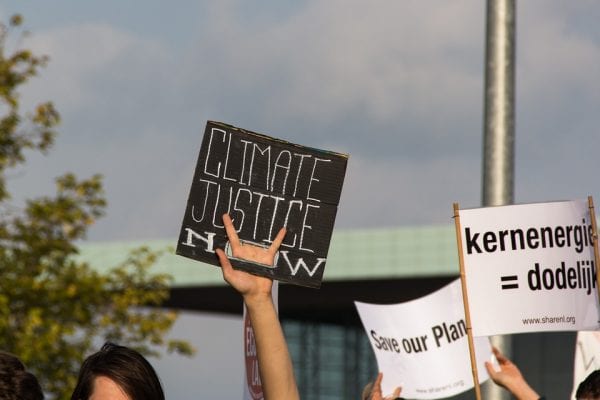