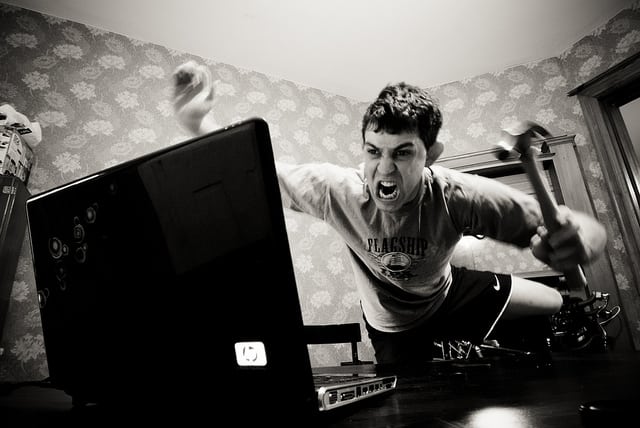 Students were left flustered last Monday after the Manchester Student Portal crashed, causing confusion to thousands as they began their first day of lectures.

After some problems were reported on Friday 22nd, the MyManchester system crashed during the following Monday morning and remained inaccessible to students for the rest of the day.

Students were left unable to access Blackboard or their university emails. Although a link was later added to the homepage of MyManchester, there were numerous reports that despite multiple attempts, logging on to university email accounts remained impossible.

Third year PPE student Connie Kelly was furious, “It was very irritating. I couldn’t find out what lectures I had on Tuesday until 11pm the night before.”

To add to the problems, certain students from Manchester Business School and the School of Arts, Languages and Culture found that, due to a change in how timetables are accessed, they were unable to find the locations for their lectures or seminars.

Third year English Literature student Jaisal Marmion told us that after only half of his group showed up to their introductory seminar, the tutor, aware that many students were facing problems accessing their timetables, cut the three hour class short after one hour.

Although a representative from ALC explained that the change in how timetables are accessed was detailed in the University’s Essential Guide, many students felt this change was poorly advertised.

Third Year English Literature student Jessica Wyer said, “I had no idea the way timetables were to be accessed had changed, I assumed the reason why we had no class locations was because the department had been lazy in updating them on the system as they have been before.

I check my university email account regularly and hadn’t received any information about changes to accessing the timetable so did not assume that was the cause of the problem.

Then I couldn’t even rectify the situation by finding out where my classes were because even though I had emailed my lecturer to find out, I could not log into MyManchester to see the reply when the system crashed.

I had to rely on other students that had just happened to see the locations up on a piece of paper in Samuel Alexander, but even then we were sent no email saying that was where you could find the locations, until it was too late that is.

The chaos was preventable, all the university had to do was just send a pre-emptive email before term started about the new way of accessing the timetable.”

Third year Management student Rohan Rana told us “’I didn’t know that the way we access our timetables had changed. I don’t feel like anyone really told us about it.”

Economics student Will Mcgregor ended up missing a lecture due to technical issues. He stated, “I’ve always checked my timetable through Student system but apparently now we’re supposed to check using Blackboard. The timetable on student system was still saying that all my room locations were TBA. The people running my course sent out an email an hour before my lecture but I didn’t get it.”

When asked for comment, a representative for the University told The Mancunion, “Over recent days, there have been some technical issues preventing users from accessing some of their University IT services – access has now been restored to all services.”