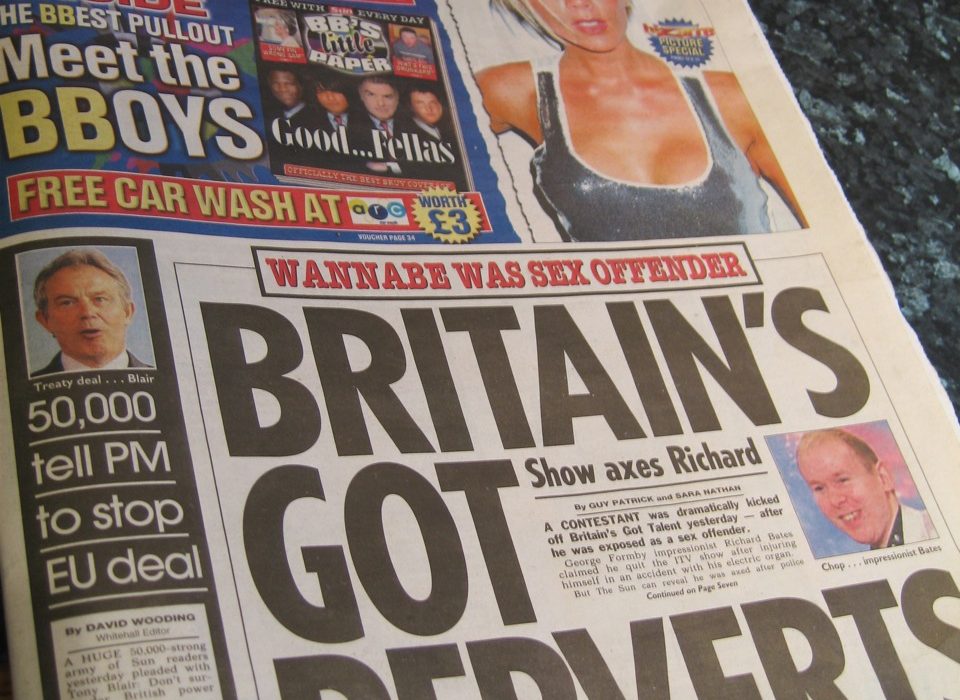 Students have banned The Sun from being sold in the Students’ Union shop following a Union assembly last week.

The motion to boycott the newspaper, coming on the heels of the ‘No More Page 3’ campaign, was voted on by a panel of twenty randomly selected students on Wednesday October 2.

Eighteen students voted in favour of a ban, while two voted against.

This makes Manchester Students’ Union the seventeenth university or college to ban the tabloid, which is the UK’s best-selling newspaper.

Women’s Officer Tabz O’Brien-Butcher took to social media to show her support, “Great to see that students at the University of Manchester want to take a stand against media sexism and the sexual objectification of women!”

The ruling has sparked new debate about the assembly process after it emerged that 18 students make up just 0.045% of the 39,165 student population at the University.

David Michael Howe, a Middle Eastern studies student, said, “Why have student participation when you can get the result you want by only telling people who already are actively involved?”

Becky Montacute, a PhD Neuroscience/Immunology student, said a mass vote would have been beneficial.

“A referendum would have allowed for a discussion on campus on why Page 3 is so awful for women, that now won’t happen, and that’s a really sad thing,” she said, adding, “I also think it sets an awful precedent, there’s no reason why this couldn’t also happen to any other paper – even if you think it was right to ban The Sun.”

The panel must reach a three-quarters majority either for or against the idea, or the issue goes on to an all-student online referendum.

‘No More Page 3’ show their support of the move in a statement posted to their facebook page, “Yesterday the University of Manchester became the [17]th (including 4 Oxford Colleges) to stop stocking The Sun in support of No More Page 3.

“They stand in solidarity with the British Youth Council and Girl Guides making it clear that the young people of this country will not tolerate media sexism and the casual objectification of 50% of the population.”

“You change some things but you don’t change people’s hearts and minds. With the campaign as it is, people are becoming more aware of page three.”

In an effort to gauge student opinion on the ban, The Mancunion surveyed 155 randomly selected students on campus last Thursday.

Of those students, 129 – 83 per cent – did not think the Exec should be spending their time on getting The Sun banned from the union shop.

“It’s an issue that’s not particularly relevant”, said Philip Beetch, a third year Management student. “There are bigger issues that should be addressed.”

Other students supported the time spent by Exec members.

Georgina Rawes, a third year History student, said, “The casual sexualisation of women is one of the greatest challenges we face, and I’m proud that the Union is aiding this struggle.”

Fifty-nine per cent of those surveyed also said that they did not agree with the Union’s banning of The Sun.

“People have the right to a choice, whether they look at it or not,” said Laithwaite.

Nick Mackris, a first year Chemistry student, said, “I think it’s a woman’s choice if she wants to be seen like that.”

Whereas fourth year Speech and Language Therapy student Sarah Cook said, “I agree with the ‘No More Page 3’ campaign and the move to ban The Sun in the Union.

“Half naked women are not news, and such an influential paper should not support the objectification of women.”

She said, “Disagreement with the content of an idea and the method by which we undertake democratic decisions with the Students’ Union are clearly different.

“Given that the issue here seems to be our democratic process, the assembly system was passed with a huge majority in a referendum voted in by over 2000 students as the way in which students at University of Manchester wished to undertake Union democracy.

“Assemblies are now in use for their third academic year and are largely popular with students.”