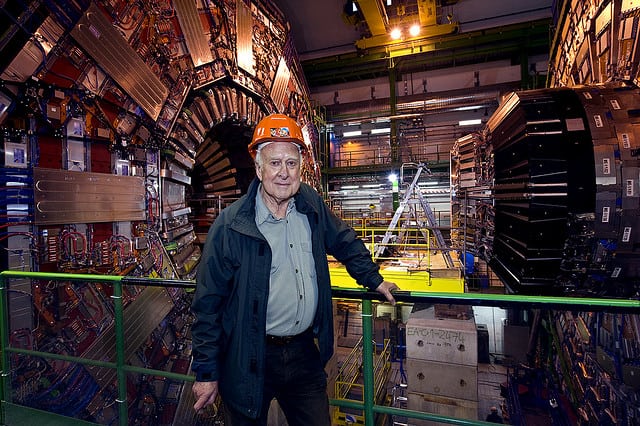 Professor Peter Higgs among those to receive Honorary Degree from the University of Manchester Photo: Marc [email protected]

Football legend Sir Bobby Charlton and Nobel laureate Peter Higgs are getting Honorary Degrees from the University of Manchester this week.

Frances O’Grady, General Secretary of the British Trades Union Congress, and Professor Mario Molina, who became the first Mexican-born citizen to receive a Nobel Prize in Chemistry in 1995, will also be receiving Honorary Degrees as part of the University’s Foundation Day celebrations on Wednesday 16th October at 6.15pm in Whitworth Hall.

Edinburgh-born Higgs has been in the news recently after winning the Nobel Prize in Physics. He won the award, along with Belgian Scientist Francois Englert, for their work in creating the theory of the Higgs Boson particle and their proposal of the mechanism which explains why the most basic building blocks of the universe have mass.

The Higgs Boson, nicknamed the “God particle”, was first theorised in 1964 and confirmed in March 2013 by those working on the Large Hadron Collider. Higgs, an atheist notorious for shunning fame, has shown dislike for both the God Particle nickname as well as its Higgs Boson title, preferring to call it the “scalar boson”.

Sir Bobby Charlton, member of England’s 1966 World Cup winning side and England and Manchester United’s top scoring player, has previously worked with the University of Manchester as part of his Find A Better Way charity, an organisation which researches new ways of detecting and clearing landmines.