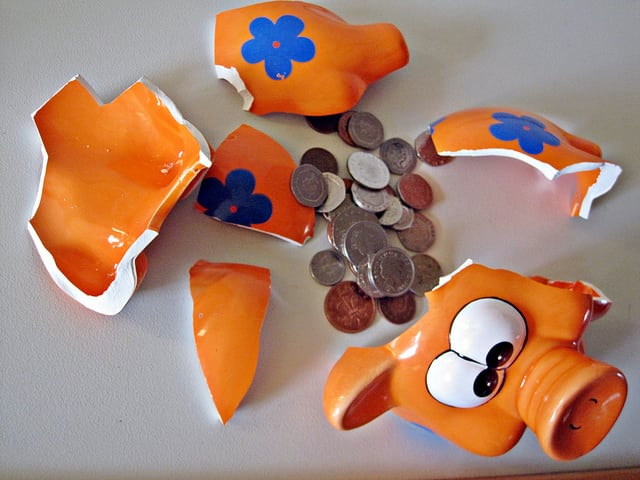 Student loans and grants do not meet the rising cost of rent and bills, according to a study by the National Union of Students.

The average student’s cost of living and studying in the 2013-14 academic year would amount to over £7,600 more than that student would receive from government loans and grants, the study found.

For the average student living outside of London, the NUS suggests the combined cost of tuition fees, books, rent, bills, travel and other living costs would be about £21,440. However, even a student who comes from a family on an average or low income would only receive up to £13,740 when tuition loans and maintenance loans and grants are added up.

The study also draws attention to the fact that as rent and bills continue to rise above the level of inflation, grant and loan rates have been frozen this year and shall only rise one per cent next year.

And the NUS claims some students from poorer families are facing additional financial challenges. The household income level at which students may claim the highest grant support has remained fixed at £25,000 since 2008.

NUS president Toni Pearce said, “Those who do not have the rare luxury of resorting to the ‘bank of mum and dad’ are increasingly being driven to work full-time alongside study where jobs can be found, or worse still, into the arms of predatory pay day lenders just to make ends meet.

“We need a financial support system that ensures students get the support they need, when they need it.”

The Mancunion spoke to students who are facing the stress of juggling their studies with maintaining employment.

Peadar Ó Raifeartaigh, third-year neuroscience student, said, “Once I’ve paid the rent on my accommodation, it leaves me with just about enough to cover food costs. I came to Uni for the student experience, not just to eat, sleep and study. I’ve had to get a job in my final year to cover travel fees, to pay for books, and to have some left over to socialise.

“Finding time to complete my final year assignments and working late nights in a local bar is putting unfair stress on me as a student, and something needs to change.”

Maths student Elliot said, “My loan doesn’t cover the cost of living. With no other source of income, I’ve had to get a job and it’s pretty hard trying to manage my studies alongside it.”

A spokesperson for the Department for Business Innovation said that student loans and grants aimed to help those who most needed financial assistance.

“This year, students from the lowest income households can access over £7,100 of living-cost support, of which over £3,350 does not have to be repaid.

“The government also provides additional, non-repayable support to students in specific circumstances, such as students with children and disabled students.

“Scholarships and bursaries are also available from most universities, and students in hardship can apply for additional support through the Access to Learning Fund.”

The Student Loans Company faced criticism in 2009 after an estimated 116,000 students began term without receiving financial aid due largely to administrative errors. There are some who feel that Student Finance is still failing to adequately help those who need it most.

Rochelle Silverstein, third-year Geography student, told The Mancunion although she applied for Student Finance in early August, the same time as many of her friends, she was told that her application was sent too late and thus she is still waiting on receiving her funding. This is despite the fact her the friends who applied at the same time have already received their loans.

She was told the reason for the delay was her loan was income-assessed and that she would receive her loan and grant on the 5th of October. But, her loan still has not come through, she was told that her application had been processed but not validated by the final assessors and so she would have to wait for another 30 working days.

“It’s a case of them making those who need the money most wait the longest for it,” she said.