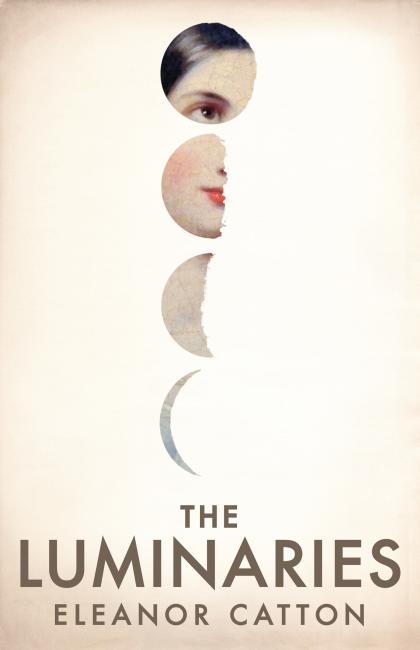 The Luminaries by Eleanor Catton

The Luminaries is only Eleanor Catton’s second novel. Her first novel, The Rehearsal, was a published form of her thesis for her MA in Fictional Writing. Aged 27, she is the youngest ever author to be shortlisted for the Man Booker Prize. So what is all the hype surrounding this New Zealand author about?

The first thing anyone will undoubtedly notice about this book is its size. At 832 pages, it is by far the longest Booker contender this year. But, my dear readers, I urge you not to let this put you off: embrace the gigantic tome for it shall reward those with perseverance!

Set in 1886, The Luminaries opens with Walter Moody arriving in the town of Hokitika, New Zealand one wet and windy night. A quiet, Cambridge-educated man accustomed to his club in Edinburgh, Moody has travelled across the globe to try and make his fortune in gold digging. Entering the smoking room of the Crown Hotel, he plans to enjoy a stiff drink but, lo and behold, things are not all that simple. Little does he know, Walter has interrupted an oddly assorted group of 12 men. Forming some kind of furtive council, this group have secretly assembled to deliberate over the bizarre spate of crimes that occurred in Hokitika a fortnight before. Inevitably being sucked into the proceedings, Moody gives ear as the dozen each tell their account of the night the incidences occurred.

The Luminaries has the all the traditional features of a good mystery: a murder, an attempted suicide, an apparently estranged wife, an unexpectedly large sum of money and a slightly dysfunctional detective-like figure. What makes it a cut above its contemporaries in the genre is the structure and writing itself. Although lengthy, Ulysses this is not; you never realise how much you’ve read. The book’s sections are broken down into manageable chunks of decreasing size, mimicking the cycle of the waning moon (and mirroring a brilliant plot feature that shall not be spoilt here). The prose paints a vivid picture of 19th century life Down Under, in a way that puts it on a par with a classic from the era, but without leaving the reader feeling assaulted by adjectives. The Luminaries truly is a masterpiece of our time.