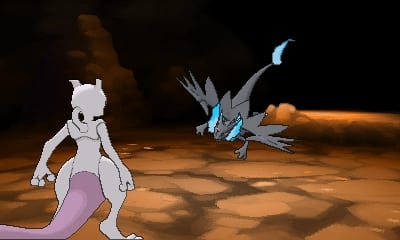 By now, everyone and their mums already knows how Pokémon works. You take the role of a child irresponsibly thrust out into the big wide world on a quest to become the very best trainer in the land. On the way, you’ll encounter many, many wild and wonderful creatures that can be caught and used to battle, as well as the obligatory team of evil-doers hell-bent on ruining what seems to be a pretty sweet deal. It takes a special kind of nasty to live in a place where almost nobody has a job, kids can bunk off school to gallivant around the region and adorable yellow mice run around saying their own names and think “this isn’t good enough, I need to ruin it!”. Nobody likes that guy.

Many of our generation grew up with the first couple of games in the series, and will swear up and down that it peaked on the Gameboy Colour and 151 Pokémon are “more than enough”. These people have subsequently missed out on some of the very best games in the past decade. While it’s true that not all of the over 700 beasties are winners, there is so much diversity that no two teams are ever alike, and the strategy becomes way more in-depth. The latest incarnations of the series, X and Y, debuted on 3DS this month to overwhelmingly positive response. Indeed, the sixth generation of ‘mon has truly made huge progress.

Gone are the static battle animations and sprites of the past, replaced by glorious 3D models and more dynamic scenes. The overworld is clearer and more beautiful than ever before, and the new region of Kalos really comes alive on the 3DS screen. Many of the things that may have annoyed players in the past, such as repetitive cave sections and minor menu gripes, have been tweaked and revamped to not slow down the pace. The array of new Pokémon is smaller this time than in any previous generation, however it also brings in an entirely new feature: mega evolution. Monsters old and new now have a higher level of attainable transformation, giving a new lease of life to some and bringing others onto a whole new tier of awesome such as Mega Charizard X, finally a dragon type.

New ways of interacting with your partners add to the personal feel of the game. Novel training techniques and mini-games allow you to form more of a bond. That little bit of you that died every time your favourite Pokémon fainted in battle gets even more upset now than ever before. As ever, just beating the game takes many hours, and doing all the post-game extras many more. “Catching them all” could take years. Pokémon X and Y truly feel like a next generation upgrade to the famous franchise and, almost impossibly, outshine every other iteration of the games. Yes, even Red and Blue.