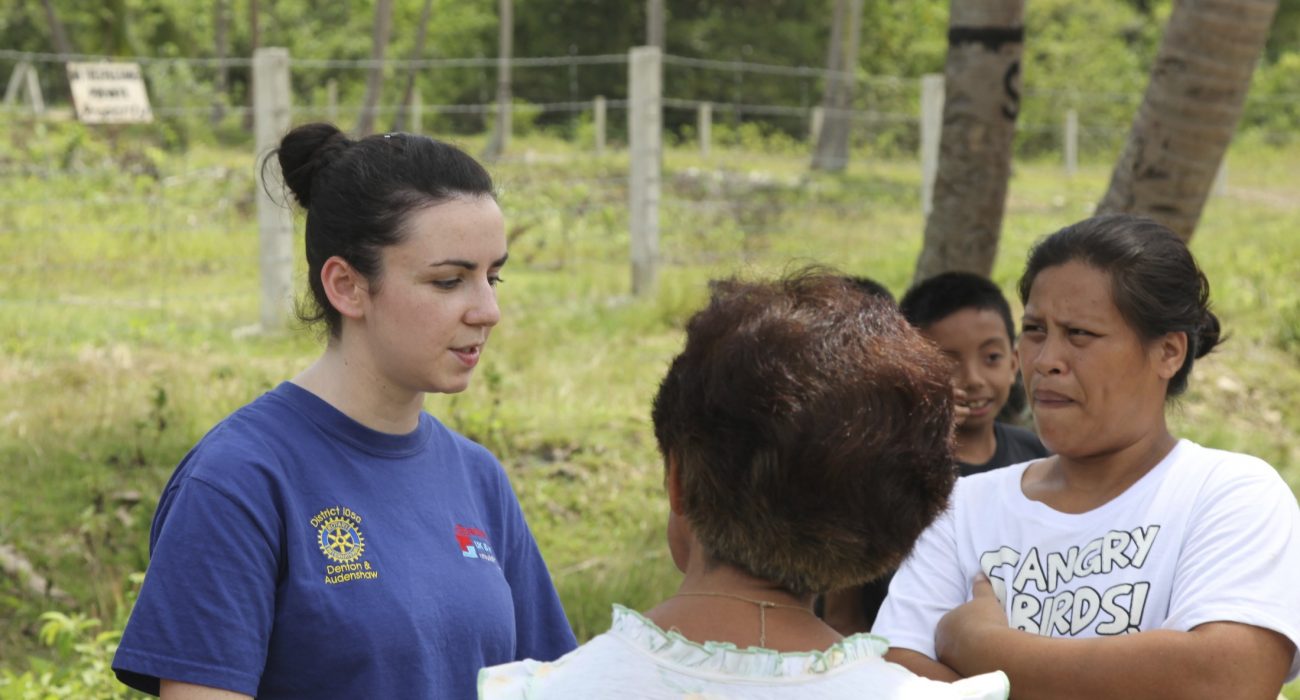 As those in England assess the damage caused by St. Jude, one of the worst storms in years to hit a nation used to more temperate weather, a University of Manchester student has flown out to the Philippines as part of a team who are working to help those affected by the recent earthquake in Bohol.

Christine Cassar, who is doing her PHD in Humanitarianism and Conflict Response, is working as part of a response team from the Manchester based agency Disaster Aid UK.

The team are beginning relief operations, carrying out assessment work and providing shelter to those who have been made homeless by the earthquake.

Christine got involved with Disaster Aid UK after working as an Ambassadorial Scholar for Rotary International, the group which founded Disaster Aid UK.

“[Working for] Disaster Aid seemed like an amazing way to put into practice what I was studying,” she said. “We tend to think that academia and practical work are separate from each other, but combining the two is incredibly enriching and rewarding.”

After volunteering with the group for a year and a half, this is her first experience of overseas disaster relief deployment.

The 7.2 magnitude earthquake hit Bohol on 15th October. So far 218 people are reported to have been killed due to the earthquake, 204 of those in Bohol, and 719 have been injured. Over 340,000 people have also been displaced and there have been widespread problems related to power outages, lack of sanitation and the absence of safe drinking water.

Christine is working on a municipality on the West of the island where 100 per cent of homes have been either damaged or destroyed. Those in her group are assessing what is needed most and are working with a Filipino partner organization – Balay Mindanaw to help provide family survival kits and non-food vital items, such as tents mosquito nets, kitchenware and cooking utensils, to families in need.

The group is also working to provide a long term structure, so that people may rebuild their homes and children may go back to school, as well as providing ongoing psychological support.

Christine pointed out that although the scope of the tragedy is undoubtedly vast, she has been amazed by the strength and resilience of those affected.

“One of the most heartbreaking stories we’ve heard is that of a woman and her three children sitting and having breakfast on the morning of the 15th in their kitchen in their house in a valley. The earthquake caused a landslide above their house and a huge boulder, the size of a car, came crashing down instantly killing the mother and two infant children, and injuring the third son,” she said. “The father was lost for words, he was utterly devastated but had to be strong for his son. And I think this is the message we’ve been getting from a population so affected by the events of the past few days – it’s recognizing the tragedy yet seeing a way forward from it.”

The United Nations has estimated that 46.8 million USD would be required to adequately support those affected by the earthquake. Governments across the world have been giving their condolences as well as providing aid to the Philippines to assist with the fallout of the disaster.

International aid agencies are also continuing to deploy volunteers to help maintain a supply of food as well as provide shelter and medical assistance to those who need it.

Christine said she felt foreign aid should be seen as more than simply financial assistance. She added that despite being a relatively small group, the commitment of Disaster Aid UK’s volunteers mean that it is able to reach communities on the other side of the world.

“I think it’s important to realize that there is so much expertise that can be shared; so many communities that can be helped overcome times of hardship,” she said. “If we work together and pool in financial, technical, and even academic resources we can be so much more effective in contributing to protecting and preserving lives.”

Anyone looking to look at the work done by Disaster Aid UK or who would like to contribute in any way can find them at http://disasteraiduk.org.