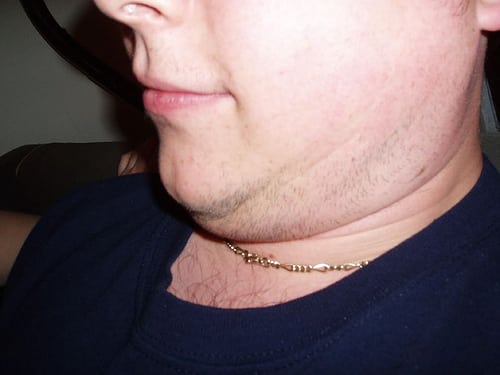 Just four injections of a chemical known as ATX-101 can eliminate the fat which collects under the chin, dermatologists from the University of Manchester have discovered.

Collaborating with other clinical experts from France, Germany, Belgium, and Spain, their goal was to discover a safer and cheaper alternative to plastic surgery.

In a clinical trial, 363 people who suffered from fatty deposits in their chin and face were injected with the agent or a placebo four times over four weeks. The patients who had been given ATX-101 showed signs of significant improvement.

Professor Berthold Rzany, the author in charge of the study, said that “This study demonstrates that subcutaneous injections with ATX-101 yield a clinically meaningful and statistically significant reduction in unwanted submental fat, decrease the psychological impact on patients, and are well tolerated”.

ATX-101is a chemical derived from the acid found in bile, which destroys fat membranes.  When injected into a fatty area of the body it triggers an inflammatory response which calls up special cells called macrophages, which in turn allow the fat cells to be reabsorbed by the body

After those additional trials have concluded, the next step will be to gain permission from the health authorities to begin offering the treatment to the general public

Dr Gavin Chan, from the Victorian Cosmetic Institute, has questioned whether this latest treatment will be as effective as surgery. He maintains that for now, liposuction is still the best treatment available.

“It remains to be seen whether this new formulation will be effective, and will be interesting to watch considering the lack of efficacy associated with fat-reducing injections in the past.

Double chin liposuction can be done under light sedation and is considered to be relatively non-invasive, with no visible signs of surgery and often only a few days of down time”.

The overall results of the study are to be published in the British Journal of Dermatology.