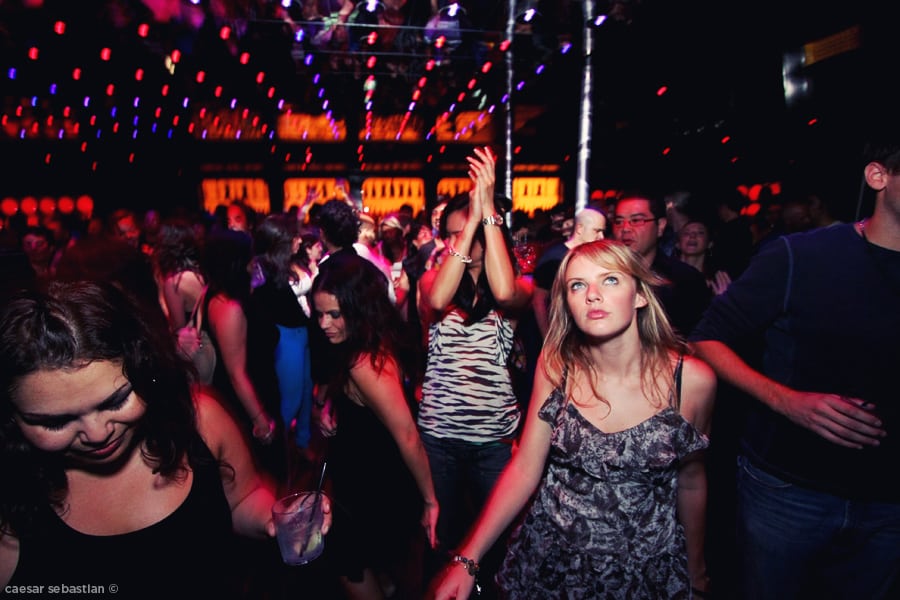 Students are fighting back against sexual harassment in clubs. Photo: Caesar Sebastian @Flickr

Female students have spoken to The Mancunion about sexual assault and harassment that they have experienced in bars and clubs around Manchester.

Three girls, who wish to remain anonymous, have spoken of incidences of sexual harassment in a bid to draw attention to the ongoing problem in university cities.

This comes a time when societies in Sheffield and Leeds have dramatically stepped up efforts to try and prevent sexual harassment of students.

Jane, a third year student, told The Mancunion of sexual harassment she experienced at a club on Princess Street.

She was queuing for the toilets with a friend when a male student behind them began putting his hand up her friends skirt and grabbing her.

This happened two or three times before Jane confronted the man and told him to leave. He became aggressive and squared up to her, and when she refused to back down he grabbed her hair. In retaliation she hit the man, who hit her back before her friends managed to separate them.

The girls went to the bouncers to ask for help, but so did the male students who accused the girls of creating a fight out of nothing, and asked for them to be thrown out.

“We told the bouncers what had happened but they weren’t interested,” said Jane. “They just told us avoid them and go our separate ways.

“I was upset with the bouncers’ reaction and dismissal of the situation. Groping is a form of sexual assault, and then to physically attack me for protesting is outrageous.

“More should be done to protect women in clubs and these incidences should be taken more seriously by staff.”

This is an opinion which students in Leeds are beginning to act on.

A joint campaign by Leeds Feminist Society and the student paper is aiming to shut down the club night which hosted the infamous ‘Fresher’s Violation’ party: a night which boasted “pole dancers, a violation cage and lots of second and third years seeking out new freshers.”

‘Fresher’s Violation’ also used a promotion video which included a presenter asking a student “How are you going to violate a fresher tonight?”. The student replied, “She’s going to get raped.”

At the time of writing, their online petition has gathered almost 3,650 signatures and has drawn the attention of the local council and police.

Leeds FemSoc have also begun to push for clubs to train their staff to better deal with cases of sexual harassment, as well as signing a pledge against harassment and ensuring their advertising does not in any way seem to encourage it.

Lisa, a second year at Manchester, also spoke of sexual harassment she and her friends experienced at a different club on Princess Street.

She and two female friends were sitting in the smoking area for fresh air when a male student approached them asking for a cigarette. When they told him they did not have any, he became aggressive.

Lisa said: “He kept ranting about how girls like us think we’re too good for him when we’re not.”

He continued to stand over them and be aggressive for some time, and when the girls appealed to his friends for help they apologised for him but did not try to stop him, saying he was just drunk.

Eventually one of Lisa’s friends told the man to leave, and in response he took her drink from her and squeezed it, breaking the plastic cup and spilling the drink over her lap. He then threw the remains of it over the wall, swearing at her.

The girls reported what had happened to a bouncer, who “shrugged” and refused to act. Eventually, Lisa and her friends were so angry that they left the club to go somewhere else.

Lisa said: “I was really upset by what happened, but more upset by the bouncer’s response. It put an unnecessary downer on what should have been a good night.

“Bouncers are supposed to keep us safe, but he had no interest in what we were saying or our well-being.

“We found the whole experience so insulting that we left.”

However, sometimes the staff at clubs and bars are willing to act on cases against of sexual harassment.

Hannah, a fourth year student, told The Mancunion of an experience of sexual harassment she had at a bar in Withington.

She went for a quiet drink with two female friends. As they were stood ordering at the bar a group of men stood behind them and one of them, without warning, suddenly forcefully hit Hannah from behind.

Hannah described: “It was really painful, and in a quiet bar it made a loud noise and everyone turned around and looked.”

She added that she tried to stand up to the men, asking “excuse me?”, but they all laughed in her face.

“I felt humiliated. We sat down and didn’t even order our drinks because I was about to cry.”

However, in this occasion the staff did take action, and refused to serve the culprit until he had apologised.

He walked over to Hannah and, swearing at her, eventually said “sorry love” and told her to tell the barman he had apologised.

Hannah and her friends refused, and not long after the men were asked to leave the bar. As he left, the culprit banged on the glass next to Hannah and swore at her again through the window.

Speaking about her experience, Hannah said: “I wouldn’t say that I feel unsafe going out in Manchester because me and my friends always look out for each other.

“However, I do think it’s a problem that we always have to be on our guard.”

Students in Sheffield have begun to openly campaign against such sexual harassment, with students of both genders and from both universities uniting to form the ‘Sheffield Anti-Sexual Harassment’ group (Sash).

Sash has begun campaigning for bouncers and staff to be trained to notice harassment, and for clubs to hang posters on their walls to create awareness. It also plans to create an online list of clubs that are safe, and make sure that no societies associate with those deemed unsafe.

Speaking of the situation in Manchester, Womens’ Officer Tabz O’Brien-Butcher said: “While it’s a minority taking part in these activities, lad culture dominates the nightclub scene, and there’s a very specific brand of masculinist, dominant behaviour that is taken as the norm and presented as ‘how’ you go out in town.

“Behaviour like this contributes towards and perpetuates a culture that says women are objects for the taking, that ‘lads’ can bond over sexual assault and that they will receive kudos and recognition from their peers for ‘conquering’ women and showing themselves to have sexual prowess.

“Only last month at Oxford University, Pembroke College’s Rugby Club Social Secretary sent out an e-mail to the members inviting them on a ‘crew date’ with specific instructions to bring a spiked bottle of wine for a female fresher.

“There is a real pressure on male students to take part in these cultures – only this week we have seen video from Sterling University of their Hockey Team singing songs about rape on a public bus on their way on a night out, and we have had similar reports at Manchester this year.

“That’s why it’s so important to have these conversations with male students, those who are part of these campus cultures and also those who feel ostracised because of them, to explore why they take part and how they can challenge these narratives and speak up against it.”

The University has agreed to dedicate February next year to a month of awareness raising and campaigning about these issues, culminating in the Reclaim the Night march.

Female students who would like to discuss or act on incidences of sexual harassment they have experienced are encouraged to contact the Women’s Reps, through their Facebook page ‘Manchester Uni Women’s Reps’.