Fury over students ‘blacking up’

Students across the UK found themselves embroiled in different race rows in both York and Edinburgh last week.

A group of Law students were subject to serious criticism after deciding to ‘black up’ as Somalian pirates for a Law Society ‘around the world’ themed social.

The Edinburgh University students donned camouflage trousers, scruffy shirts, bandanas, and painted their faces black before heading out to the party.

Pictures of the event were uploaded to Facebook, where they were seen by journalists from The Student, Edinburgh University’s student newspaper.

The choice of costumes has been met with condemnation from several student societies at the University.

Keir Barlas, President of the Law Society, personally apologised to anyone who was offended, and said that he was “shocked and mortified” by the incident.

The law society then issued a statement on its Facebook page, declaring that the LawSoc is “vehemently opposed to discrimination in any form”, and that “insensitivity is intolerable and is “something that we are completely opposed to”.

In a statement to The Student, Nadia Mehdi, Edinburgh University Students’ Association Vice President for Societies and Activities, said:

“I’m really shocked to see that in this day and age these students weren’t aware of or chose to ignore the offence they would cause by painting their faces black. It’s not acceptable and should not be condoned.

“The Law Society is not a EUSA society so we can’t discipline them but I will be bringing this to the attention of the Law School.”

The incident happened in the same week as another incident involving students ‘blacking up’ at one of the UK’s most prestigious universities.

A separate race row at York University was triggered by a group of students deciding to black up as the Jamaican bobsleigh team from the film Cool Runnings, and causing £2000 of damage in a drunken rampage across the campus.

The four students have been described as “completely shameless” by Kallum Taylor, the York University Union President, and the story even made it into the Jamaica Observer.

The four responsible have since unreservedly apologised in a letter addressed to the students and staff of York University. It explains that “We are writing to apologise for the offence we have caused following our idiotic choice to ‘black up’ for our Halloween costumes, where we dressed as the characters of ‘Cool Runnings’, the Jamaican bob sleigh team of 1988 winter Olympics. There was no intent of malice or offence, the costumes were not chosen to mock or insult the BME students of York, or any members of the wider community.”

They continue further, confessing that “We were not aware of the connections between black painted faces and the minstrel shows of the 19th and 20th centuries, which promoted the mocking of stereotypes, the perpetuation of which is harmful to the stability of our increasingly multicultural society. Had we been aware of this at the time, we would have never have considered this a Halloween costume.”

We are also profoundly sorry for the damage we have done to the University’s reputation and stature.” 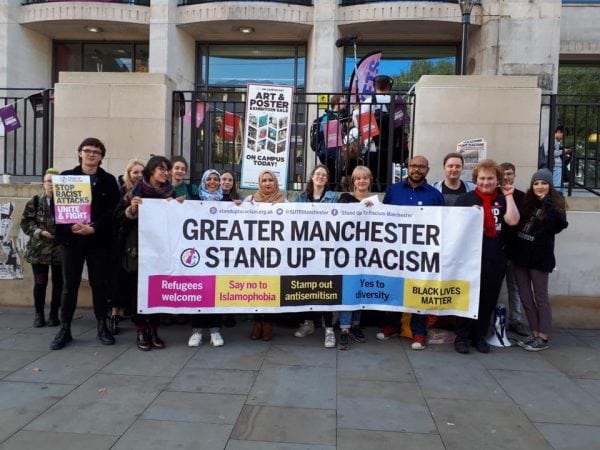