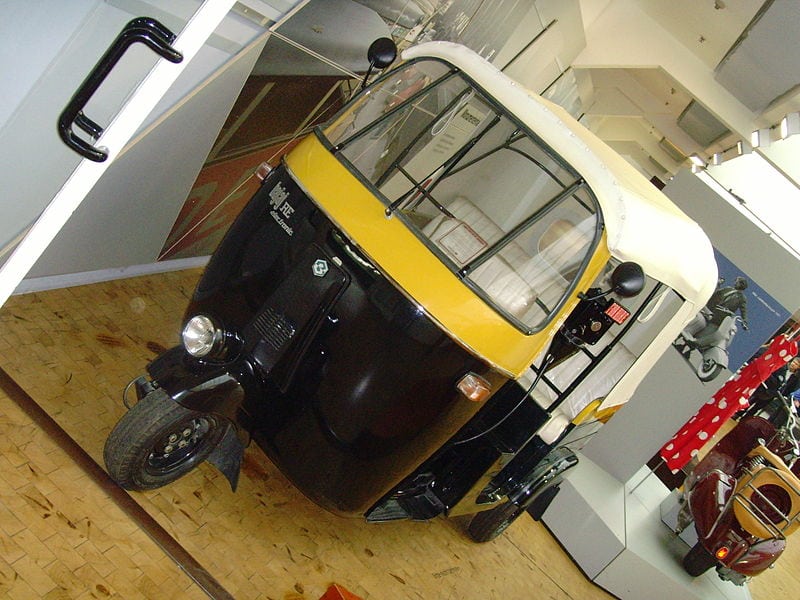 The TukTuk that was taken hostage is worth over £1000. Photo - KlausNahr @Flickr

Social Junkies are embroiled in a pay dispute with a third year student, which resulted in an expensive prop of theirs being taken hostage.

The former employee, who wishes to remain anonymous, worked  for them during his first two years of university, then full time during Welcome Week 2013. He then decided to leave in order to concentrate on his studies. By that point, he claims that Social Junkies owed him a rounded down total of £800 in wages and expenses, of which he only originally received £300.

Speaking to The Mancunion, he said that “[Social Junkies] basically said that they wouldn’t pay me for the work I’d done during welcome week because I wasn’t carrying on the work. The intention in third year had been for me to event manage, and for me to be paid based on the profits of the night. So basically when the night made a loss, I wasn’t paid anything, and when it made a profit I would be paid 20 per cent.”

The student resorted to direct action, “When they said they wouldn’t pay me, I decided to take quite a valuable asset off them, and said that I would give it back as soon as they paid me.”

The student took hostage Social Junkies’ TukTuk – a rickshaw that the company bought to promote their Thai themed night held at Antwerp Mansion every month – it reportedly cost the company £1,300 to buy.

In an email, Louis Alexander, one of the original owners of Social Junkies, said, “We cannot discuss any settlement unless we know that the TukTuk can be retrieved from whence it is hiding. If it cannot, it is court.”

Faced with the threat of legal action, the student sought legal advice from the Students’ Union, who instructed him to return the TukTuk. Having done so, Social Junkies paid out a further £280. Following this payment, the student insists that he is still owed the sum of £250.

The well-known club promoting company told the employee in an email shown to The Mancunion that, “as a 20 per cent shareholder you were subject to 20 twenty per cent of the profits and 20 per cent of the losses. We had no intention of asking you to contribute to the set-up costs and losses if you were still working on the night as it would have made money and the losses would have been paid off within a few events.”

But, they continued, “It is clear that you have not been telling us the truth for a while now. You told us that you were going to help and work on TukTuk. This is clearly not the case”.

The student was also working for a rival club night. But, he said he originally “did have every intention of quitting the promotions scene altogether,” but due to the pay dispute “I was left with no option but to look to earn money elsewhere.”

Having discovered this, Social Junkies said “due to your lies and deceit and the predicament that you leave us in we feel we may have to ask for a proportion of the money owed by you to be paid if your new event starts to make money and you start to have accessible cash.

The student maintains that holding him liable for the night’s losses in this way is “just ridiculous”, and that “I never agreed to that”.

Alternatively, Social Junkies offered to “forget the whole sorry saga and move on in different directions”.

The controversial nightclub promoters, who are responsible for nights such as the Bop, Pout, Rehab, and TukTuk, courted controversy last year with risky club themes, accusations of hall committee infiltration, and recruiting reps based on ‘looks and banter’.