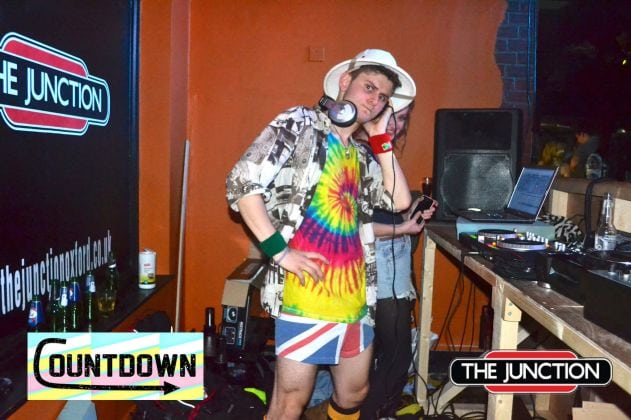 Louis Trup used this photograph on his manifesto.

Louis Trup wrote a ‘personifesto’ in crayon – declaring that a ‘manifesto’ would be sexist – and promised a monorail, world peace and double beds for all.

He also suggested that people vote for him because “I often wear flip flops”.

However, the unusual campaign won over his fellow students, as he received 700 more votes than his nearest rival.

Perhaps none were so surprised as Trup himself, who was in a university bar when he heard the news, and shouted “what the f*** just happened?”

Despite performing a spoof country song whilst wearing devil horns instead of giving a speech at the central hustings, there appears to be a serious side behind Trup’s less than serious campaign.

In an article for The Oxford Student before the election, Trup wrote: “I am clearly not a careerist – a quick Google search of my name will show how unlikely I am to ever get a job anywhere where there is widely available internet access.  That’s good.

“OUSU positions should not be seen as stepping stones. We should have fun students working for fun students, not un-fun student politicians working towards a cosy Labour seat in 20 years.”

He also spoke of his commitment to ensuring enough aid is given to those needing support with mental health issues, arguing: “OUSU should be spending money on hiring more university councillors, sending them to every college, and creating ‘admiral welfares’ to look after the peer-supporters and welfare reps, not infantilising welfare with petting zoos and mug painting.

“I still can’t believe people call me the ‘joke candidate’.”

Trup will no doubt be hoping to increase the popularity of OUSU, which came bottom for student satisfaction in this summer’s National Student Survey.