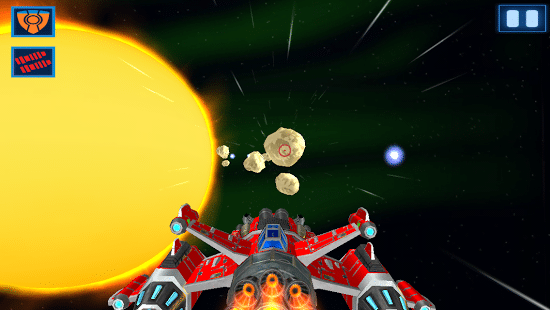 How you can help cure cancer with your phone

Newly released smartphone game Play to Cure gives you a way to do something useful with your gaming time that isn’t just beating your friend’s high scores. Cancer Research UK and  have teamed up with Guerilla Tea to bring you a smartphone game with a difference.
On the surface, Play to Cure is a simple game about flying your spaceship through a flight path predetermined by you and collecting as much ‘Element Alpha’ as possible. It provides all the usual challenge and competitive edge we’d expect from our quick play games on mobiles. Players can level up by completing flights successfully and dodging the asteroids that whizz by, and spend points to upgrade ships. There are no microtransactions, adverts or annoying pay walls to contend with.
In reality, the space nebula dust you’re aiming to collect is a representation of genetic data. Without you, the player, scientist would have to painstakingly analyse this data by eye to try and identify genetic faults that may contribute to cancer. Ordinarily, this could take years according to Cancer Research UK.
The game aims to utilise the many, many hours we waste playing games that don’t cure cancer to help crunch this data and save scientists time. It sends information on the flight path you choose and how you fly through the course back to their data centres to provide valuable information.
Play to Cure: Genes in Space started life at a GameJam in 2013,  a weekend in which many developers from organisations such as Amazon, Google and Facebook come together with the aim of conceiving and creating a full game in just 48 hours.
Play to Cure: Genes in Space is available for free on iOS and Android, so everyone has a chance to lend a hand in curing cancer.