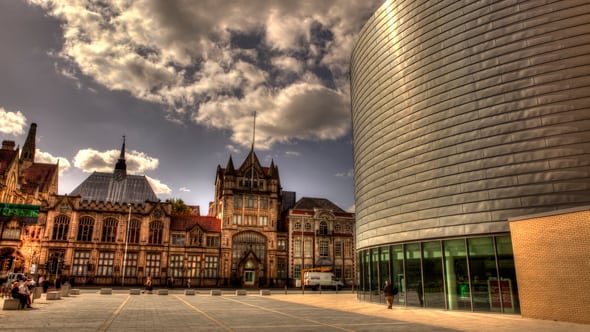 The number of young people applying to go to university has risen for the second year in a row after the slump of 2012/13, due to a surge in applications from women, foreign students, and the poorest areas of the country.

UCAS have disclosed that around 35 per cent of 18-year-olds applied to go to university in autumn 2014, which represents a 4 per cent increase from the previous application cycle.

According to the data, young people from the poorest parts of the UK are now twice as likely to apply to university.

Applications from foreign students also soared by 10 per cent, despite the coalition government’s tougher policy on student visas.

The figures also point towards the emergence of a gender divide in UK higher education, as 146,000 18-year-old women applied compared with just 115,000 men.

Mary Curnock Cook, Chief Executive of UCAS, has warned that this “stubborn gap” between male and female applicants could soon be a bigger problem than the gap between rich and poor.

She said that “young men are becoming a disadvantaged group in terms of going to university and this underperformance needs urgent focus across the education sector.”

In response to the data released by UCAS, Professor Les Ebdon, director of Fair Access to Higher Education, said, “These figures show a continued trend over time, with the application rate for disadvantaged young people increasing every year for the last 10 years. Disadvantaged 18-year-olds are now nearly twice as likely to apply for higher education as their counterparts were 10 years ago.”

He went on further to say that “positive as they undoubtedly are, these figures should not disguise the wide participation gaps between the most and least advantaged. Young people from the most advantaged areas are still two-and-a-half times more likely to apply for higher education than those from areas where participation is low. This gap hinders efforts to increase social mobility and addressing it must remain a priority.”

Overall numbers of students applying are still not at the same levels as they were in 2010 and 11, before the fees hike. Critics have used this to suggest that the new increase does not demonstrate that UK universities are in resurgence.

Sally Hunt, General Secretary of the University and College Union, said, “today’s figures are a real body blow for anyone who does not think higher fees are turning some people away from university. Historical data suggests there should have been a considerable increase in the number of applications this year, but that simply is not the case.”