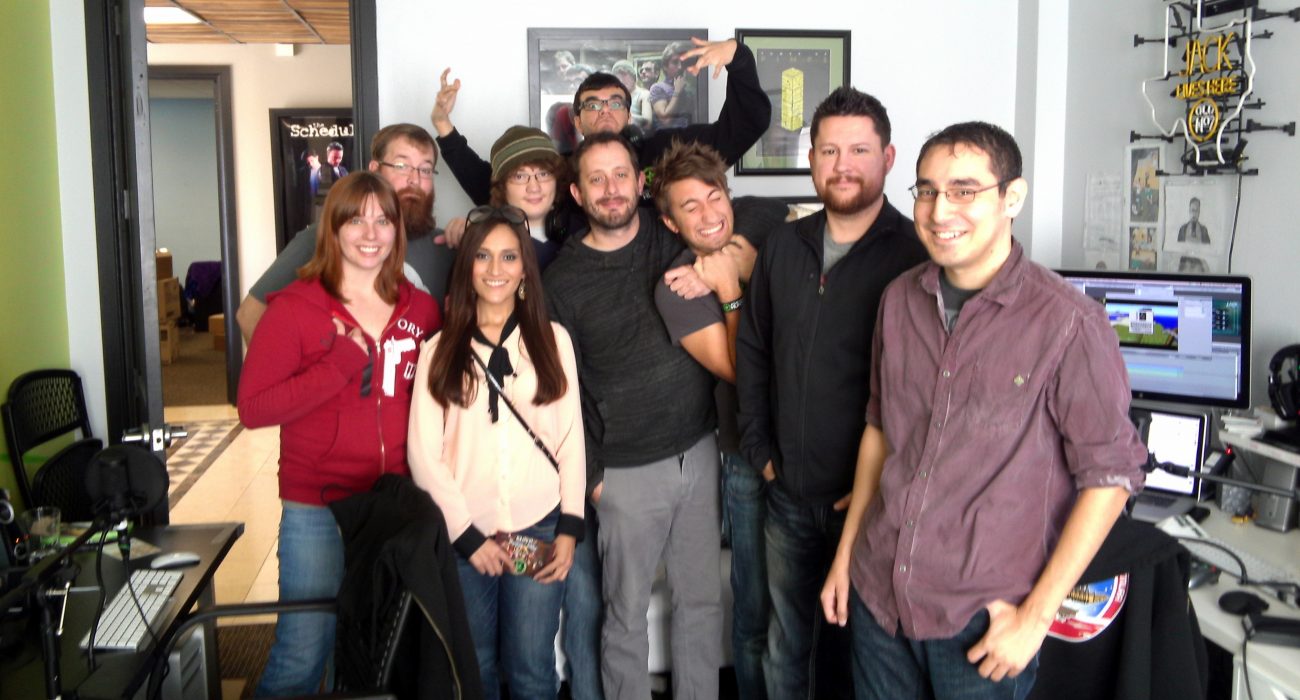 There came a weird crystalizing moment when I realised that, for the past several hours, all I’d been doing was watching YouTube videos of people playing games. Games that I own, and could’ve spent those hours actually playing. I asked myself how did that happen? How have I just been more entertained watching a group of people play my games, and talk what often was little more than gibberish, than if I’d been doing it myself?

The answer was Achievement Hunter, a YouTube phenomenon that every gamer will no doubt be familiar with.  They are just one of several big names in online videos whose entire business is to play games and record themselves doing it. On the surface, their fortune seems to be founded on something anyone could do, and many have tried. YouTube is overflowing with such content. But most of this isn’t noteworthy, and isn’t going to appeal to a wide audience. Most hopefuls who upload their efforts to the website see very little of the limelight. So how do the Yogscast’s and KSI’s of this world succeed where others fail?

Achievement Hunter is an excellent example of how to do it right. The primary element that makes them so popular is the people. When watching an AH video, you’re watching a familiar group. Their cast is consistent and, over time, their on-screen personalities and relationships have developed to the point that the games are no longer the stars of the show. It doesn’t matter what they’re playing, we’re really tuning in for Michael’s short fuse or Gavin’s affable incompetence. By contrast, we can look at Epic Meal Time’s attempts at cornering the gaming demographic. While their gruff and manly approach to cooking made them big, their personas lack the depth and real human connection that comes with Achievement Hunter. Watching their gaming videos is like watching their other videos, but without all the good bits about putting together ridiculous food. It’s hard to sit through five minutes of, let alone an hour (the length of some AH videos).

The humble beginnings of Achievement Hunter involved Geoff, a founder member of Rooster Teeth (of Red vs Blue fame), and Jack making weekly videos discussing games, and later featuring fan-made submissions of embarrassing Halo moments (at time of writing this long running feature is at episode 178!) and challenging Halo maps for the duo to compete in. Their continued commitment to the viewers is a big part of what helped Achievement Hunter grow. By taking user submissions, they kept their fanbase involved at every step of the way.

It’s one thing to capture an online audience, but to keep them you need to have quantity as well as quality. This is something Achievement Hunter does superbly with their diverse portfolio of regular features. They’re constantly evolving and expanding their offering to ensure that viewers will want to keep giving them hits. Their original Halo videos quickly adapted to covering more games, and their range of regular features grew massively. Now, their most popular content is Let’s Plays of Minecraft & GTA V, and Michael’s signature Rage Quit and the competitive GO! episodes among others maintain a healthy variety. They regularly convene the core gang to compete in often-ridiculous challenges across Minecraft and GTA Online in their Let’s Plays. Alliances are formed, betrayals are revealed and pranks abound. Their simple ideas often convert to lengthy videos that are compelling without. Even when there are lulls in the gameplay, the banter and horseplay maintains the entertainment value.

Talking to The Mancunion, Senior Producer Jack Pattillo said “We have always made an attempt to bring our viewers onto the couch with us.  We want our content to sound like buddies sitting around in a living room having a good time.” This attitude shines through in just a few minutes of viewing. He went on to say that “This sense of inclusion has always helped our content be more authentic than others.”

Achievement Hunter has been running since 2010. In that time, the number of episodes and hours of content produced has grown huge. Something vital that they do well is be accessible. Naturally, there are some in-jokes, but it doesn’t take long for these to become clear and it’s easy to just jump in at any point in a series and understand why, for example, they’re all jumping out of helicopters in GTA: Online and trying desperately to avoiding being splattered by jets.

If you want to be like the Achievement Hunters, be likable, be adaptable and be everywhere. By employing these tactics, Achievement Hunter is likely to remain on top of the YouTube world for some time to come.