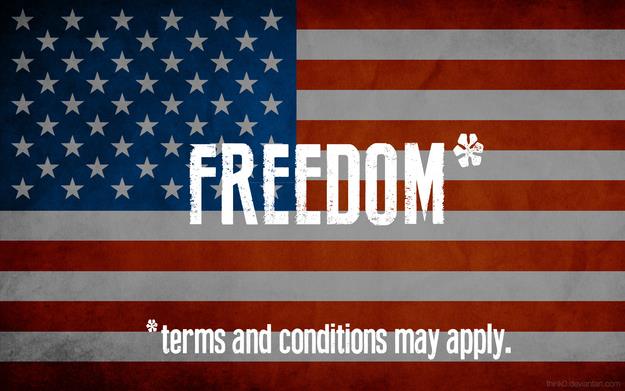 If Russia is ‘anti-gay’ then so is America

The Sochi Winter Olympics came to an explosive end on the 23rd of February. Yet despite boasting the highest medal count, Russia’s reputation has been damaged and its achievements overshadowed by the passing of Russia’s anti-gay propaganda bill.

The bill, proposed in 2013, banned the distribution of propaganda of non-traditional sexual relations to minors. Thereby effectively making it illegal to suggest that homosexual relationships are worthy of equality or to distribute any material on gay rights. Although worded to be restricted to minors, in effect the bill creates a blanket propaganda ban over the entirety of the Russian community.

As anyone with a twitter account or TV licence could tell you, this quite rightly resulted in the boycotting of the event by many prominent celebrities. Most notably Lady Gaga implored us all on Alan Carr’s Chatty Man to boycott for the sake of Tom Daley (admittedly the wrong type of Olympics for the 10m platform, but a noble gesture nevertheless).
Notable personalities to slam Russia also included President Barack Obama. On the Tonight Show with Jay Leno, Obama stated that the Russian law violates the basic morality that should transcend every country. He continued “I have no patience for countries that try to treat gays, or lesbians, or transgender persons in ways that intimidate them or are harmful to them… we [Americans] wouldn’t tolerate gays and lesbians being treated differently”.

Well then I guess the anti-gay bills pushing forward in Kansas, Ohio, Mississippi, Oklahoma, Tennessee and South Dakota, following the successful legislation of the anti-gay bill in Arizona, are making things a little awkward for Obama right now. Well actually no, because these bills have received a fraction of the media attention that the Russian law was internationally met with.

The Arizona bill, passed on the 20th February by the State House of Representatives, makes Arizona the first in America to pass a bill seeking to discriminate against LGBT persons. The bill was championed by the Christian Legal Organisation ironically named the ‘Alliance Defending Freedom’. Their aim? To “shield Christians from the LGBT community” (notoriously known for pillaging churches). They’ve done so by providing legal protection to individuals, businesses and religious institutions from discrimination lawsuits as long as they can show that their discriminatory actions were motivated by religious convictions.

The similar bill in Kansas, currently battling through the Supreme Court, demonstrates the wide range of areas that these bills are targeting. Specifically listed areas of discrimination include adoption, foster care, social services, employment and employment benefits. This would lawfully enable an employer to refuse to provide health insurance for a gay employee. Further it makes any civil partnerships performed in other states void in the eyes of the Kansas legal system.

Although you might hope that these bills are restricted to a tiny minority of the US population, and indeed many in the states have demonstrated against them, the wider implications are disturbing. Former Arkansas governor Mike Huckabee is widely supporting such bills, going so far as to state that “…It’s a lot easier to change the constitution than it would be to change the word of the living God”. While the radical views of a former state governor might not strike you as being too worrying, Huckabee is currently pegged as the Republican favourite to win the 2016 Presidential elections.

The Russian law seems to pale in comparison to the state specific anti-gay bills attempting to follow in Arizona’s footsteps. Yet the issue has rarely reared its ugly head on the main news feeds and the only prominent figure to have really made a notable stance is the loveable George Takei. So why has there been a significant absence of international outcry and media attention to such legislation in America?

Maybe Sochi has provided a convenient smokescreen for America. Or it might just be that people assume these laws won’t last, a dangerous approach in itself. But perhaps culture is part of the problem. We can comfortably criticise Russia, just as we do Uganda, as we perceive its culture, in part, alien to our own. When culture is no longer an issue, as is the case with America, we find ourselves looking at a garish perception of our own society, somewhat different from the idealistic image we want to portray.

Yet sticking our heads in the sand doesn’t make an issue go away. Hopefully one day school children will be taught how the LGBT community was discriminated, like how we were educated over the Black struggle for equality. If history is not to repeat itself then they should know the entire story, that such discrimination occurs everywhere, not just in non-Western countries.