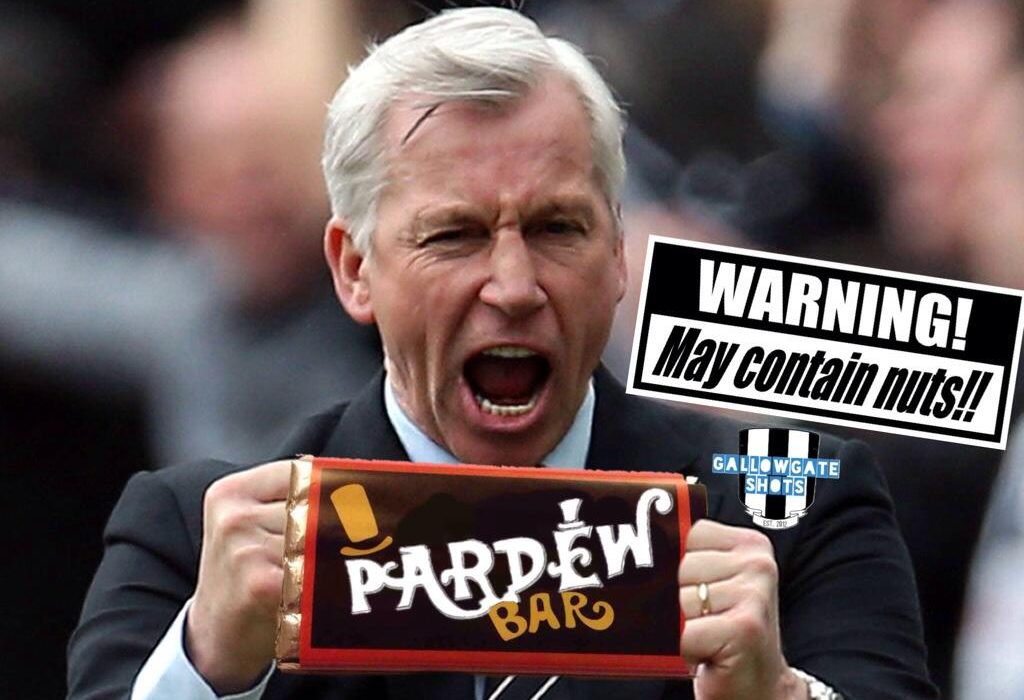 Alan Pardew has become a cult figure since his infamous headbut, but how would he fair overall

It’s finally time to organize this. Which manager is really the best, and by best, I obviously mean the hardest.

We will only consider Premier League managers, but a few honourable mentions before we begin. First, Neil Lennon, any man who is sent a bullet and then releases his own calendar is a winner in my book. Secondly, there is Roy Keane. Without even discussing how hard he is, his put downs would be enough to make you cower in fear. Finally there is Mancini. Just to have a nice break from the melting pot of the Premier League, and a highly confrontational time at Manchester City, he decided to go to Galatasaray, a team that is renowned world over for its placid fans.

This is how it will pan out; first to go would be Tim Sherwood. The arrogant prick would go all guns blazing and hopefully be picked off early enough. (#TEAMAVB). Mark Hughes will be on the same boat. Fulham won’t have a pledge to offer. But if it were still Jol, one would presume he would remain totally ambivalent to the whole situation and, despite lasting an alarmingly long time, would eventually fade away, and no one would be that surprised.

Cowering in the corner would be the likes of Solskjær, Moyes, Wenger. The problem is that despite being district 2 or above, their scripts and fate were already predestined- they are bound to fail. The first has a poor team, only made to seem like they were doing better than they were because of what happened to their previous pledge, one has been sold a mid-table lie, and the other one will probably crack under the pressure.

Then you have the tactically inept. Yes they may do well at first, but don’t be fooled, they will soon enough fall by the wayside. I’m talking about the Pardews and Houghtons of this world. Yes, they may land a few blows on their opponents, but just as they are doing well punching with their right hand, they will try kicking with their left foot, and if it doesn’t work? Forget it. We will keep trying until it does.

Obviously there needs to be a quota filled for the games to have any sort of semblance of a competition. Therefore, welcome the filler pledges. In Hunger Games these pledges usually come from district 7 or 8 that the camera would never really focus on. Yeah they can be good, perhaps get a decent run going picking off a few lower pledges, but they were never in danger of winning, nor of dying first. In this category we have Steve Bruce, Gus Poyet, Sam Alladyce and Paul Lambert. Basically the teams that you look at and wonder how they are still 13th despite seemingly never winning a match since 2005.

Pelligrini is losing it. His alarmingly mental comments after the match with Barcelona are evidence enough for that. He is the one kicking off on top of the cornucopia in the last scenes before being pushed into the wolves. But who has sympathy for him? Just as the volunteer pledges from District 1 & 2, he knew what he was getting himself into, and he saw what happened to his predecessor.

In comes Jennifer Lawrence. This role, for me, will be played by Brendon Rodgers. Although she is not Scottish, she is as arrogant and generally annoying. ‘Liverpool can’t win the title’ rings the same as ‘I didn’t deserve the Oscar for Silverlinings.’ Both cases are true in my opinion, both shouldn’t happen, but both have either happened or will happen. This is because they are tactically astute, and are also fiercely loyal. Keeping Suarez in the summer is as smart as looking after Peta that is, he always has someone who can pull him out of sticky situations and win him matches he had no right to win. Their goal difference already this season could make a massive difference when the season ends.

Finally we have the game maker. Welcome to the stage Jose Mourinho. He will cause problems, play mind games, but he will have the season snatched away from him, and finish second to the formidable Jenifer Lawrence, and although not facing the same fate as previous failed game-makers, he won’t have that many chances to correct his mistakes.

That is how the season will unfold. For many of the managers involved the fate of their team was set already writer. Pardew and high team were never going to do anything except balance the books, Moyes and co. were going to struggle. Yet, Rodgers is the true success story. Should he be able to make it through the 20th Annual Premier League games, it will be as unlikely as it was for someone from district 12 to win the Hunger Games. May the odds be ever in your favour, Brendan.