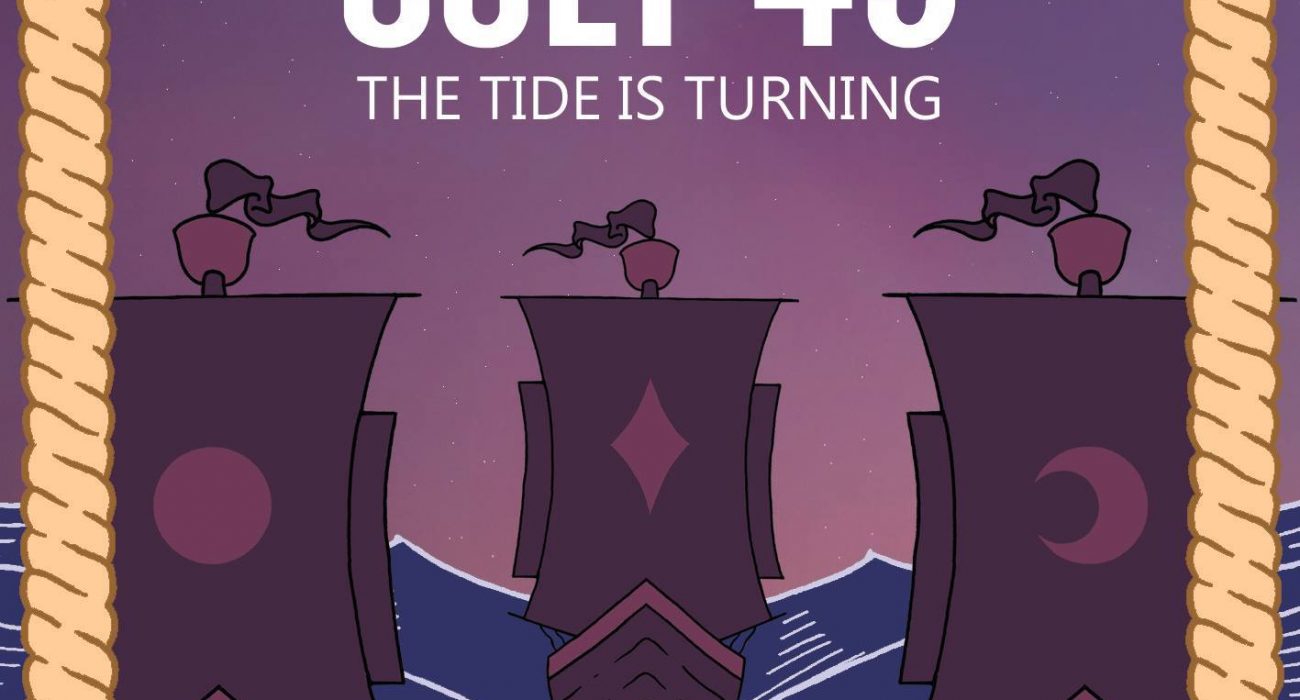 An interesting analogy can be made between the weapon the band took its name from and the band itself. The Colt .45 was a sidearm that was standardised in the military during the late 19th century; the same can be said about Colt 45’s album The Tide is Turning- standardised.

The trio from Cumbria take influence from bands like Rise Against and in their album The Tide is Turning this is certainly clear. If you enjoy Rise Against then you will no doubt like Colt 45, however if you don’t then you will find the vocals of front man Neil Harper’s gruff snarling vocals grating and lyrics of self loathing and wounded souls tedious. Tediousness sums up the whole album; there is little difference to be found between each song on the LP with many having very similar staccato chord and bass structures to the point of needing to take a break half way through the album due to the mind-numbing repetition.

That said, there are some, though limited, redeeming factors to the album. Member Adam Lewis’ drumming is impressive and drive the songs forward, I found myself focusing on his drumming skills alone to get me through each song. The track ‘The Simple Things are Working’ is also a nice relief to the angst-y lyrics and vocal snarls with the front man deciding to actually sing for a change with some positive and uplifting words. Another highlight is ‘Found My Home’, due to the fresh riff that is heard at points throughout the song, which makes it more recognisable amongst all the other repetitive bland tracks, without losing the angry punk sound the band are going for.

Once again, if you like bands such as Rise Against, you will like this band. However for me the album fails to fill me with any kind of emotion other than boredom and will no doubt be forgotten within a couple of hours of hearing it.