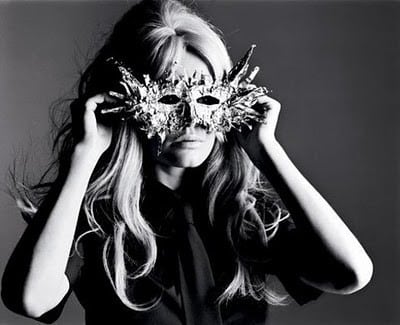 For the more sartorially savvy amongst us, Halloween can be something of a nightmare. Do you forgo your fashion credibility for full on fright, or do you attempt a half-arsed costume that’s less spooky and more sexy? Well with a little help from these scary but stylish silver screen stars, you can have it all this Halloween.

Wednesday Addams
Heroine of goth girls the world over, Wednesday’s chic black pinafore with contrasting white collar is oh so Valentino and has inspired legions of copycats. Topped off with her trademark pigtail plaits, this look is best accessorised with apathy and deep disdain.

Beetlejuice
The Beetlejuice stripe has been a fashion mainstay for a few years now. Monochrome plus a sharp suit can only equal style points; well that’s what you’d think… Unfortunately the famous costume reached new horrible heights last year when everybody’s favourite creepy misogynist Robin Thicke wore his version of the iconic black-and-white suit to perform at the VMAs. There are two ways to go: either sample the Beetlejuice stripe in one element of your Halloween outfit for understated appeal, or go full on Thicke. There’s no doubt which one’s more frightening…

Michael Jackson in Thriller
Probably the scariest music video ever made also just happens to feature the most 80s jacket you’ve ever seen. Yes, red and black and super shiny, the outerwear of MJ’s teenwolf character is arguably as famous as his killer dance moves. Rock one of these bad boys on the 31st with caution as your friends will definitely make you do the dance.

Cruella De Vil
Back in 1996 Cruella’s animal skin obsession made her less of an icon and more of an oddity, however fast forward to 2014 and her monochrome ensembles and supersized fur coats would look at home in the street style circus outside any fashion show.

Maleficent
Even before Angelina Jolie’s cut-glass cheekbones came into the picture, Maleficent’s long black cloak and statement collar made her a seriously scary style icon. With Miss Jolie in the mix, however, the Mistress of All Evil’s red lip and smoky eye beauty look is even more desirable.