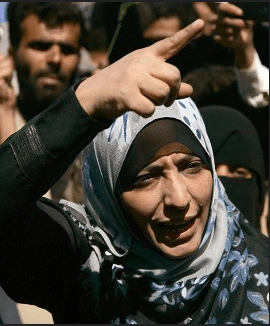 Women Beyond the Western World

With new campaigns, like the UN’s He for She, or the common viral Facebook post or video, feminism is starting to seem, to some, overrated. As much as most people do agree that men and women should have equal rights, many just lose interest when it comes to the finer details and thus deem feminism on the whole as a passing fad. Even worse, the term feminism has started to carry a connotation that limits its scope to the western world. However, this issue has become increasingly more important to consider in other parts of the world, such as the Middle East. When it comes to feminism, western ideals cannot be applied blindly to the Middle East, for its unique characteristics require these principles to be altered in a way that accommodates the culture and needs of its people.

For centuries now, women in the United Kingdom have fought a long battle for equality. For example, in 1870, married women were given the right to own property. In 1928 women were given the right to vote alongside men. In 1975 an act was passed to rule against sexual discrimination in education or in the work place. Over the years, women in Britain have gained more and more rights, leading them to, approximate, equality. As much as feminism may start sounding like a cliché to us today, fighting for women’s rights years ago is what built this country as we know it. Likewise, in most other nations, these laws have also been introduced over the years. However, when looking at feminism outside the western world, it is not political or procedural factors that we must focus on, but instead different factors that are not as prominent in the western world—factors such as sexual harassment, or restrictive and binding gender roles. Therefore, western feminists cannot expect the feminist movement to work the same way in different countries, but must instead allow for different cultural and traditional issues.

One of the biggest problems facing women in the Middle East is their constant vulnerability to sexual harassment. This vulnerability often has very little to do with what the woman is wearing or doing, but rather occurs because of a subconscious, and obviously incorrect, assumption by the men that they must assert their manhood by patronising and humiliating women. The trivial act of riding a public bus alone may easily become a dangerous trek. Sexual harassment has spread beyond the idea of a touch or a word, but has evolved into different tricks and manipulations by the predators to do all that they can to get their hands on women. As important as it is to focus on equality in the western world, feminists must start focusing their attention on the nations that lack the fundamentals of women’s rights in the first place.

Even worse, this fear of sexual harassment is part of a vicious circle; society generally puts women in very strict gender roles, which in turn leads other men to think that they have the power to hurt and oppress women. It is a common belief in certain cultures and religions that a woman must be married by a certain age, after which she is “spoiled goods.” More importantly, she must be a virgin at the time of marriage—any doubt of this fact could lead to great shame and embarrassment for not only her, but her family as well. At first glance, these roles seem far too deep-rooted and cultural to be changed by a wave of feminism. However, as time progresses, there has been more leeway in these roles. These traditions, as old as they are, are not set in stone; more and more women have started finding their worth in advancing in their careers or in doing what they love, rather than in starting a family. Therefore, feminists from all corners of the globe must not give up on fighting for women’s rights in the Middle East, no matter how ancient these maxims are.

There has been, however, another invisible and unnecessary barrier created when it comes to spreading feminism to nations outside of the western world. The stereotype of a Middle Eastern woman is that she is oppressed and is forced to dress in a certain way. Therefore, some may believe that women need to be “freed” from this way of dressing before they can fight for any other rights. This is a great oxymoron, since women in the Middle East, for the most part, choose to dress this way, as any other woman may choose to dress in different clothing. This generalised view limits how much feminism can achieve outside of the western world, since it sheds light on the wrong aspect of the every day life of a Middle Eastern woman.

Feminism has led to great things in many nations around the world. However, in order to reach its full potential, people must realise that there is more to feminism than finding equality just in procedures and systems. Instead, this movement must be applied to different areas in different ways in order to fit different cultures and traditions—cultures and traditions that can, no matter how ancient, change for the better, with time.