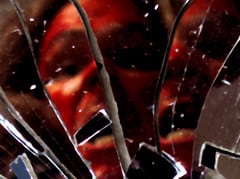 We need to talk about the elephant in the room

According to Mind, one in four people in the UK will experience a mental health problem each year. According to an NUS survey of 1200 students conducted in 2013, at university, 20 per cent of people consider themselves to have a mental health problem. Perhaps even more shocking is that out of those respondents the NUS reported that 92 per cent had at some point experienced mental distress including anxiety, a lack of motivation and a lack of self-worth. Mental health issues are extremely common in the UK and it would be foolish to think that university would be any different. Paul Farmer, the chief executive of the mental health organisation Mind is quoted by the NUS saying: “Research demonstrates the scale of mental health problems among students.”

The pressures associated with moving away from home to university have the potential to bring about mental health problems. In the NUS survey, over half of students asked said stress related to exams was central to their mental distress, with just under than half saying that financial worries had been detrimental to their mental health at some point in their university career. As most student loans do not go far enough to cover all expenses associated with university like socialising, going out, and buying books, many students have no other option than to get a part time job.

According to The Times Higher Education, in 2013 57 per cent of students were working part time to fund their studies. This can make what is already a hugely busy lifestyle even more hectic, with time for studying, socialising, relaxing and, for some, sport also having to be accommodated. It is then, not so surprising that 47 per cent of students asked by the NUS reported financial worries being central to their mental distress at university. Rosie Dammers, the Students’ Union’s Wellbeing Officer said that the combined stress of different aspects of university life has “contributed to a rising number of students with mental health issues.”

As statistics show, the issue of mental health is not a small one. It is not something that only affects a small minority of people and is central to enjoying life at university and indeed beyond. Demand for counselling services at UK universities has risen by 33 per cent since 2008, with some universities experiencing over 100 per cent increases due in part, Rosie says, to NHS funding gaps. It is perhaps then a rather sad statistic that, despite this rise, over 25 per cent of students still feel unable to talk to anybody about their mental health. This should not be something that people are afraid to talk about.

It is true that there is a certain stigma around the words “mental health” but the fact is that it is not as small an issue as many of us would like to think. The statistics speak volumes. On the prevalence of mental health problems Dr. Richard Brown, programme director for the University of Manchester’s doctorate in clinical psychology says “the more [mental health] is talked about, the better” and that it is extremely common for most people to experience mental health problems, not just at university. There does remain in some places, he says, a stigma around mental health that could impact how many people seek help, a sentiment that Rosie echoes. Many students she spoke to felt there was a taboo around the subject.

Both Rosie and Dr. Brown point out that the university has done a lot to reduce this. Mental health policy is increasingly more open, with a free counselling service available to all students. However, Rosie has said that with the increase in demand, “many students felt like they were being ‘pushed through’ the system.” Within the clinical psychology doctorate Dr. Brown says there is a teaching focus on service user experiences and a community perspective via the community liaison group to help break down barriers and reduce this stigma.

Mental health is arguably one of the most important issues that face many of our students today; statistics show most students will be somehow affected at some point. However, it can all too often be overlooked. Among many people there remains a certain stigma around the words “mental health” and our fast-paced and individual-centric society can exacerbate problems and make it extremely hard for people to feel able to talk to the people closest to them, let alone anyone else. The University of Manchester is running a mental health campaign called When Will You Ask?, which was a part of last week’s Wellbeing Week, encouraging people to be more open to talk about their emotional wellbeing, which is an important step in the right direction. The counselling service is also an invaluable service but is coming under increasing pressure as demand rises. We must then strive to eliminate the stigma and taboo about talking about mental health and create a climate in which people not only know where to seek help but also feel comfortable doing so.