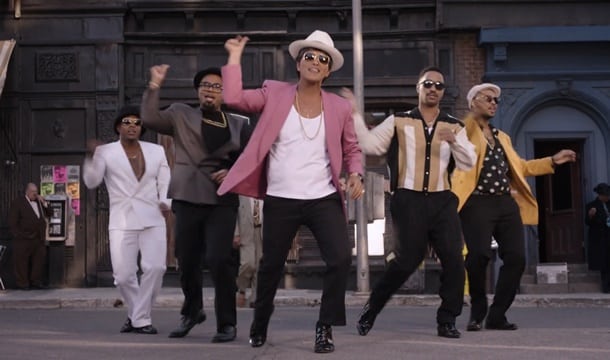 Opinion: Why Don’t We Give A Funk About Being Innovative Any More?

Why did jazz become such a popular genre in the 20s? Why was rock and roll such a phenomenon in the 50s? You can explore any definable era in the history of popular music, and the answer will be the same: innovation. I view music as a kind of sonic tapestry, with genres seamlessly woven together over a period of time. When I say ‘innovation’, I don’t mean to say that jazz just ‘happened’ out of the blue, something is always cherry-picked from one genre and developed into something new, wonderful, and arguably better. Rap and dubstep, in my view, are exceptions to the rule.

Earlier this month, Mark Ronson and Bruno Mars teamed up to release ‘Uptown Funk’, a brilliant throwback to the funk of the 70s that is one of the best tracks of the year. Inevitably, it will end up at the top of the charts—there or thereabouts—but have we got to a stage where we no longer have any interest in finding the next big musical innovation? Our obsession for the past seems to be stifling our desire to take the risk with something new; instead we’re more than happy to remain in our nostalgic comfort zone. Meghan Trainor’s ‘All About That Bass’ is an annoyingly catchy hit that reached number one in the UK charts in early October, but it’s a song built on a 50s R&B and doo-wop framework. There’s nothing wrong with that, of course, but it is rather worrying that artists seem to be looking backwards instead of forwards for commercial success.

Our very own Madchester movement was new and refreshing. The quality of music may not have been particularly good, but it was innovative and it paid off (at the time). Arguably, it was the last geographically-specific music scene in the UK to have a relatively lengthy period of mainstream success. We’re now living in the age of the boyband and production line X Factor singers. Musical innovations, that more often than not are born from small-scale underground scenes, have been kept out of the monopolised mainstream for so long that there’s a genuine fear that they won’t get back in again.

There seem to have been more visual innovations than sonic ones in recent years. Lady Gaga springs to mind; she’s tried her best to be shocking but somehow even by dressing herself in slabs of meat and sparkling lights (not necessarily at the same time), it feels more reminiscent of the shock rockers of the past, such as David Bowie and Alice Cooper.

Modern musicians have a Polaroid obsession in an Instagram world. It isn’t their fault, nor is it our fault. The mainstream music industry militates against change and forward thinking. The charts have become so one-dimensional that innovative ideas and aspirations are either repelled or reduced to spending the duration of their creative output in the underground scenes from which they were created.