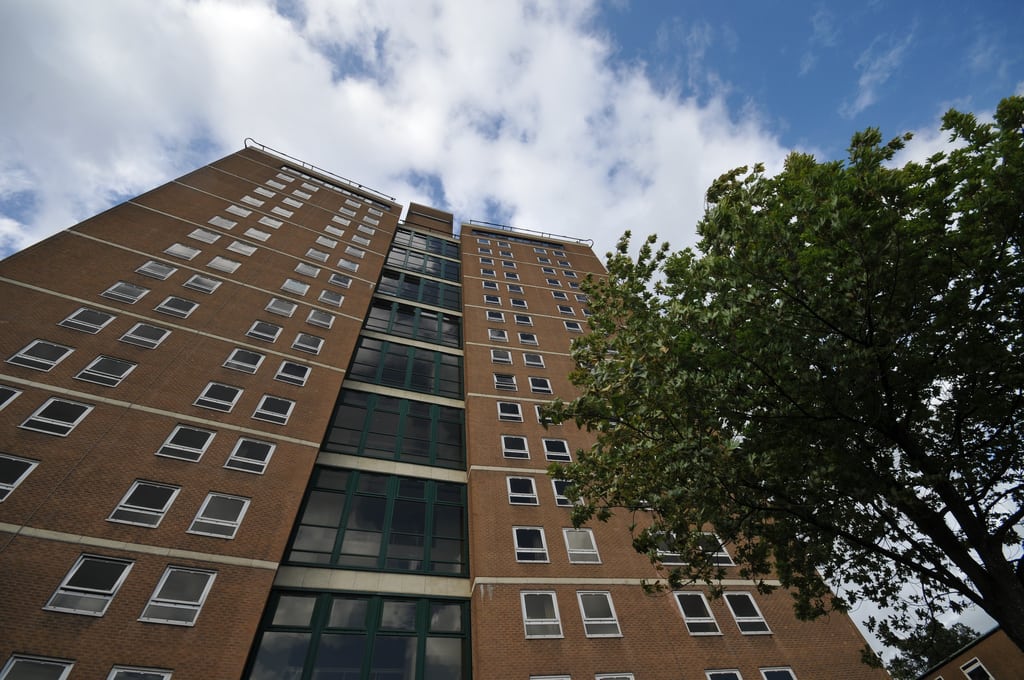 The plans, which involved the demolition of the pictured Owens Park Tower will result in 3000 new rooms in Fallowfield. Photo: N Bojdo

The University of Manchester has announced a partnership with the United Arab Emirate’s Mubadala Development Company in the redevelopment of the Fallowfield campus, worth approximately £175 million.

The plans, which involve the demolition of Oak House and the Owens Park Tower, expect the first phase to be ready for students for the 2018/2019 academic year. Ultimately, the project will result in 3000 new rooms for University of Manchester students.

Lettings will be managed by the University of Manchester’s Accommodation Office, and a spokesperson from the university told The Mancunion: “In terms of rents, we have acquired legal guarantees that residence rent levels would be affordable.

“Future students will enjoy high quality accommodation at market rates. Rents will be benchmarked against other Russell Group universities in the north of England, as well as private sector providers in Manchester.”

The partnership with Mubadala builds on the already-established relationship with Masdar, the Abu Dhabi-based clean technology and renewable energy company that is owned by Mubadala.

Mubadala in turn is itself wholly owned by the government of Abu Dhabi, and its Chairman, Sheikh Mohammed bin Zayed bin Sultan Al Nahyan of the Al Nahyan family, is the Crown Prince of Abu Dhabi.

Mubadala’s company strategy aims for “long-term, capital inensive investments that deliver strong financial returns,” and a share of profits from the development will go to Mubadala.

The university declined to give further information regarding how much Mubadala will profit from future first-year students, saying: “We are unable to say much more at this stage, as there is still a formal planning process ahead, and the next phase involves a meeting of the City Council Executive on December 22nd.”

Mubadala helps to finance the government of Abu Dhabi and ensures its economy is diversified. Abu Dhabi has become infamous in recent years for its human rights abuses, particularly of LGBT individuals and women. In May 2014, a woman was sentenced to death by stoning in the city for committing adultery whilst married.

LGBT individuals face up to 14 years imprisonment for homosexual behaviour and after the arrest of a group of homosexual men in Abu Dhabi in 2005, Minister of Justice Mohammed bin Nukhaira Al Dhahiri said: “There will be no room for homosexual and queer acts in the UAE. Our society does not accept queer behaviour, either in word or in action.”

The university did not comment when asked if the university was aware of these issues in its search for suitable investors and whether or not it felt that the partnership may be insulting to female and LGBT members of the University of Manchester—especially in light of the fact that future rents will aid the government in Abu Dhabi in carrying out such policies.

Instead of addressing this the spokesperson added: “The UAE is already the UK’s largest trading partner in the Middle East, whilst several British universities have opened campuses in the UAE.

“In the 2014 Human Development Report the UAE was ranked second in the Arab World and 42nd out of 187 countries—the UK was 27th.

“Abu Dhabi itself is a liberal Muslim metropolis, and their investment in Manchester reflects a continuing affinity with our city. The Emirate already has $1 trillion estimated in overseas assets.”

The University of Manchester Students’ Union has been contacted for comment.