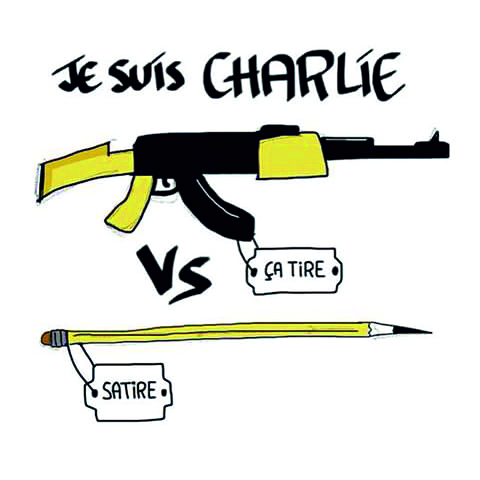 Integrity and personal freedom of speech

Freedom of speech is said to prevail even in the presence of harm, as it is the cornerstone of democracy. Indeed, American first amendment jurisprudence makes freedom of speech paramount to a functioning society. In Europe, I think it’s fair to say that although freedom of speech is a fundamental right, as guaranteed by the European Convention on Human Rights, a stricter approach is taken. This is why we have hate speech laws—based on the idea that sometimes the effects of someone’s speech can be so harmful that it warrants suppressing their rights.

It’s a difficult debate. Freedom of the press, on one hand, can be perceived as extremely important as it facilitates open debate whilst holding the government to account for their actions. It allows us to make informed decisions on political and social issues. It also arguably provides us with unnecessary information about celebrities’ and public figures’ private lives about which we do not need to know. Yet we cannot pick and choose what stories the tabloids publish—the fact that they are free to write and are unregulated by the government makes them crucial, and as transparent as can be, to society.

There have been problems with the press abusing their freedom of speech, as many articulated in the Leveson inquiry after the phone-hacking scandal. However, as much as we disagree with certain stories that media outlets publish, they are rarely accused of hate speech crimes because of their professionalism and the need to attract a wide audience. More recently, however, the Charlie Hebdo attacks sparked a debate about the importance of freedom of speech and whether it goes too far, beginning to marginalise certain groups.

Social media was soon filled with people’s opinions on the situation. We all agreed that terrorism is wrong but what we didn’t all agree on is how far the media should go in criticising, or mocking, religions; the implications being that the media arguably contribute towards tensions between minorities and majorities in society. It poses the question of where freedom of speech starts and ends.

Despite offence taken by some individuals, what Charlie Hebdo publishes isn’t ‘hate’ as such. It criticises religion. I am religious and think it’s important to be able to take criticism and be questioned. However, I’m also aware of the detrimental effects of alienation in society. I don’t think media freedoms should be suppressed in terms of religious criticism, I believe in the importance of individual integrity and caution in how speech is used.

Rupert Murdoch’s controversial comments that Muslims should take responsibility for actions of extremists fuelled debate on the issue, thankfully mostly criticism of both him and his comments. This shows that social media fudges the line between individual freedom of speech and media freedom of speech. Twitter, Facebook and personal blogs give people virtual platforms to express their opinions which weren’t formerly available. Bloggers can also post anonymously, creating a detachment in accountability for statements which are deemed unacceptable.

Despite Murdoch’s ill-informed statements, the response to his comments highlighted how media platforms serve as a fantastic mechanism for people to engage in debate and reach their own decisions about issues such as religion. J.K. Rowling attacked Murdoch after his statement, tweeting: “I was born Christian. If that makes Rupert Murdoch my responsibility, I’ll auto-excommunicate.” It just shows that individual criticism can also shape society in the same way that traditional media outlets do.

As a generation consumed by social media, debating about such important issues shapes public opinion and thus attitudes towards different religions and sensitive issues. Suppressing press freedom in terms of what they are allowed to talk about is problematic in terms of democracy, but social pressure has the ability to suppress individuals from stating unpopular and extreme opinions, or if it doesn’t stop them, they gain so much criticism from social media users that they can be forced to change their mind (or at least reconsider their view).

Rights can be distinguished by looking at the difference between individual freedom of speech and press freedom. Social media platforms bridge the two, as the internet provides global spectators—which we love, because we love giving our opinion.

I think it would be unwise to regulate the media in terms of what they can criticise (though I agree with the Leveson inquiry recommendations into the way information is obtained), as if acting within the remit of the law, the media contributes to democracy. However, what we personally choose to write has an impact on others’ decisions. If we start using social media to have healthy debates about sensitive issues, since I really do believe there are more tolerant than intolerant people, then unpopular and unacceptable views will be overshadowed by an overwhelming acceptance of others.

We need to accept as a society that if we want to encourage multiculturalism, we must promote tolerant views. Whilst we have the power to criticise—and must do so when necessary—freedom of speech can be used to respect others’ beliefs, promote inclusion, and prevent alienation.