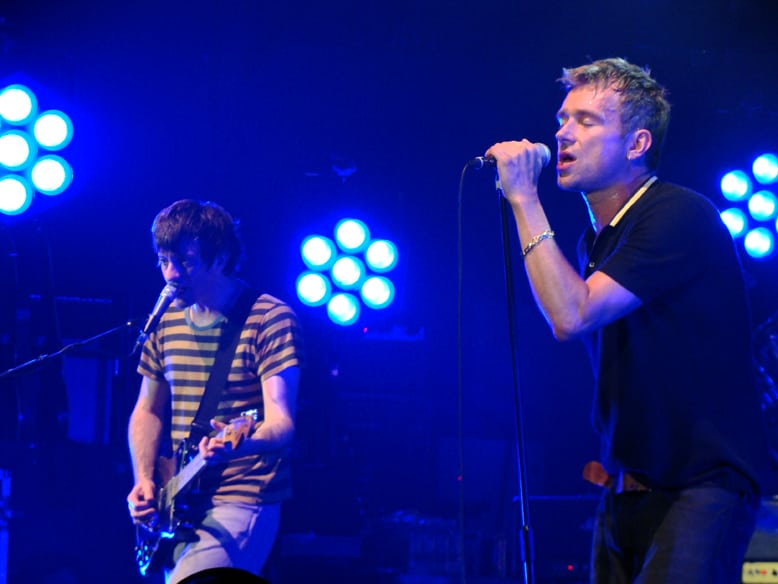 Opinion: Under the Radar – Blur, Bowie and Anti-Publicity

12 years since the release of Think Tank, britpop champions Blur have sprung an announcement out of nowhere, for the release of their seventh studio album The Magic Whip, out on 27th April.

Set to a similarly enigmatic video (a Chinese cooking guide to vanilla ice cream), the first single ‘Go Out’ was unveiled on the 19th of February to us unsuspecting fans; this is a stunt that shocked us all, if not only at the sheer wonderment of how Damon Albarn finds the time to have his finger in pretty much every musical pie.

The best news of all is Graham Coxon’s return to the band, making it the first album all four of them have been present on since 1999’s 13.

When in a similar vein back in 2013, David Bowie announced his resurrection with ‘Where Are We Now?’, what was most commendable was how the hell everyone had managed to keep it so quiet. Before they had even listened to the track, people were going wild at the wondrous feat of its non-marketing.

How one of the most widely admired mega stars could rise out of the depths of darkness, not just to prove he was still alive, but having written and recorded an entire new album, was an astonishing accomplishment.

I wonder how much of all this is merely a publicity stunt. Take, for example, Marika Hackman. Her debut album We Slept At Last was released on Monday, but on the run up to its release she had been day by day streaming each track from her Soundcloud.

For an up and coming artist, this technique is understandable; tantalizing people’s taste buds, to excite and hopefully inspire them to buy the record. But what naturally occurs is there is so much hype about an artist that by its release date, people have already tasted it, swallowed it and spat it back out again.

But Public Enemy told us not to believe the hype, didn’t they? Well, what better a way to counteract false hype than ensuring there simply isn’t any.

In a press conference with Zane Lowe where Blur made the big announcement, they admitted they had written this album over a year ago, and kept it silent till now to ensure the ultimate reveal.

Don’t get me wrong, I am as excited by the return as any other fanatic, but even I can’t shake off this ounce of scepticism: Was this merely an attempt to create a quiet before the storm–almost like faking a death to see how many people rejoice at the resurrection?

Yet, publicity stunt or not, there’s got to be something magical about being able to slip under the radar in 2015. Where rumours spread like wildfire, songs are leaked, phones are hacked; the list of constant surveillance goes on.

Blur managed to prove there is still hope for self-preservation, perhaps carrying on the theme of Damon Albarn’s recent solo record Everyday Robots, on which he laments our complete consumption by modern technology as we turn into walking robots.

Here, Blur have managed to beat the system. We didn’t see it coming, and yes, it may be all in the name of publicity, but this is a band who’ve never exactly been praised for their modesty–and if they can tell Noel Gallagher to fuck off, they can also flick two fingers at the watchful eye of the 21st century.