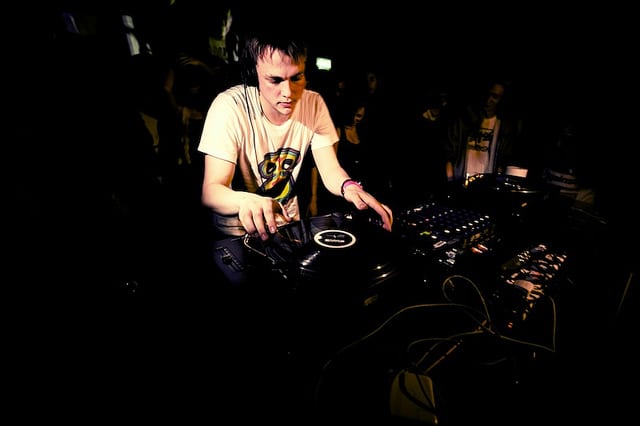 Hessle Audio in Manchester, what a treat. Having been present at the Leeds leg of the tour at the end of January which saw the trio play a highly eclectic and exciting 8 hour set, my expectations were sky-high for tonight. With the addition of Karenn, Joy Orbison and Boddika, it was surely set to be even more special.

Unfortunately, proof that you need more than great music to make a great club night was evident on the night. There’s not much to kill your buzz upon entry to a club like hostile, heavy-handed bouncers. First being aggressively barked at to stand back against a wall, before being shaken down in the face of accusatory snarls. I understand the necessity of this action, but the manner of it was needless.

Normally this would have been instantly forgotten upon entering a club and hearing the pounding kick and flutey melody of Pearson Sound’s ‘Lola’ through the speakers, but the system on the night was timid. I found myself stood in the middle of the dancefloor inadvertently overhearing the conversations of those around me rather than getting lost in the music. If you can hear someone talking in a club and they’re not screaming directly into your ear, the music’s not loud enough.

Taking up a position directly in front of a speaker stack improved things slightly, and there is always enjoyment to be found in Hessle’s exceptional selection. Levon Vincent’s ‘Woman Is An Angel’ throbbed atmospherically with its juddering bassline and clipped high notes, but a nagging thought of how much better their set would have sounded were it louder tempered the experience. Even the sublime production of Pearson Sound’s ‘Rubber Tree’, which packs some serious bass-weight, lost power in the setting.

The system had a particularly negating effect on the performance of Karenn. Having seen the duo previously, I was expecting again to be pummelled with the most industrial abrasive techno going. However, the levels on the night meant their performance came off sounding almost meak.

Earlier on upstairs, Joy Orbison kicked the assembled revellers into action with his currently untitled (publically, at least) forthcoming Sunklo collaboration with Boddika. The blend of sprawling synths, striking chords and brassy tones built the energy in the room which remained high as he traversed an eclectic set of fine dance floor cuts. His DJing prowess shone through when he was able to enter the murky waters of ‘tech house’ for one of the high points of his set – airing ‘Hool’ by RAR. Picking out tracks that work well amongst the bloated genre takes skill.

Further peaks arrived with Delroy Edwards’s magnificent, genre-splicing ‘Always’ and Rhythm on the Loose’s ‘Break Of Dawn’; the emotional charged vocal in each leading to hands in the air euphoria under the aesthetically pleasing glowing ceiling of Spektrum.

Sankeys have got the booking side of parties locked down as seen in the vast quality of their line ups; here’s hoping they can sort out the problems holding them back.