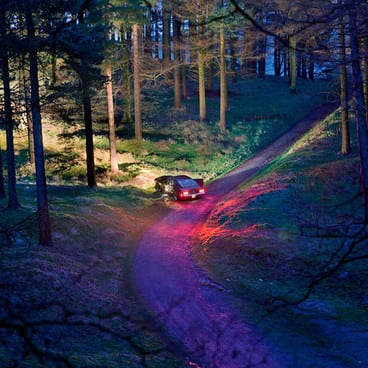 Drenge set the bar high with their eponymous 2013 debut, and for brothers Eoin and Rory Loveless one of the biggest tests of their careers was always bound to be the follow up album. With Undertow, Drenge have graduated from the initial frenzy that surrounded their emergence whilst retaining what made them so exciting to begin with.

Undertow opens with a seamless transition between two tracks, ‘Introduction,’ and ‘Running Wild.’ An air of anticipation descends throughout the former, with a minimalist, vaguely psychedelic guitar gradually building in a way that feels unlike anything Drenge did on their first album. The music becomes gradually more jagged, and as ‘Running Wild,’ begins the distorted guitar for which they have become so well-known cuts through.

As the album progresses it becomes clear that Drenge have achieved a grander sound on this outing. The visceral punch and aggression of their first album is still present, and most of the songs are definitely identifiable as being by Drenge, but the overall sound feels fuller. Whether this is the result of more developed song writing, better production, or a balance of the two isn’t immediately clear. What is clear, however, is the pleasing diversity of the work, with no songs falling flat or fading into the background.

A familiar menacing streak can be found in the lyrics on Undertow, with lines like “The snake wraps its neck round mine” from the aptly named ‘The Snake’ being highly reminiscent of tracks like nothing from their first album. More often than not, however, the tone of the music gives a sinister spin to less foreboding subjects. Testament to the Loveless brothers’ musical ability, however, is how this contrast with the more tender moments found on pieces like ‘Standing In The Cold’, feels so natural, cementing a maturity and intelligence showcased in their earlier work.

With Undertow Drenge have assuredly dealt with the difficult second album; building on the raw energy that underpinned their first record, and developing into a band capable of making grunge music that isn’t restricted to simplistic and derivative work. This is an album that grabs your attention and demands to be listened to – as you should.