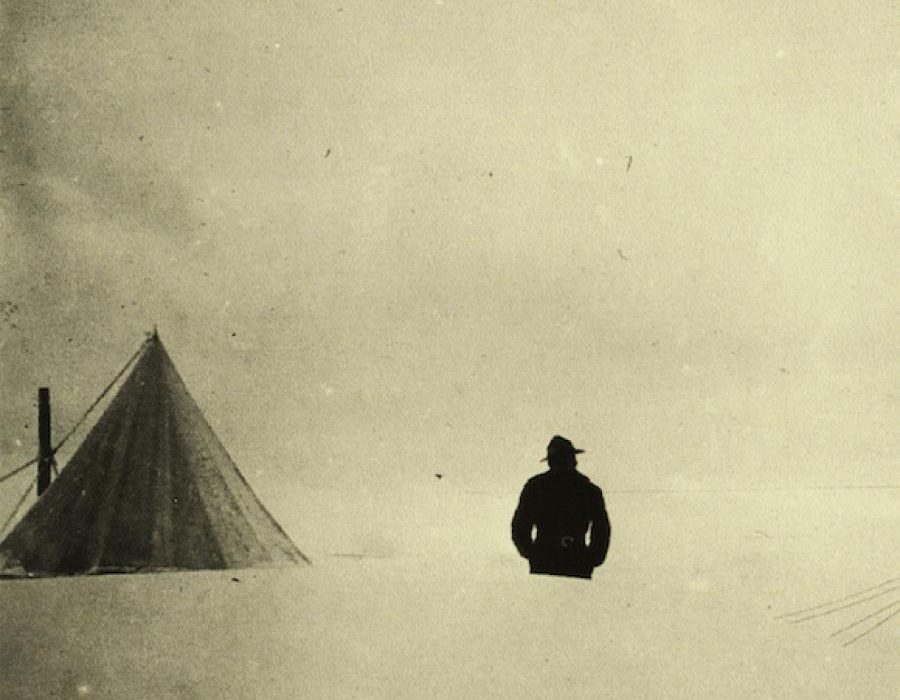 On their self-titled debut last year, Explosions in the Sky’s Mark T. Smith and Eluvium’s Mathew Cooper crafted a gorgeous, gently euphoric record, full of swirling collages of sound. However, it did largely sound like you would imagine a collaboration between the post-rock juggernauts and ambient genius would sound – all the hope of Explosions in the Sky distilled into a slow moving, dense, shimmering beast. On their follow up record, however, the two truly step into their own. The album opens with ‘Escapers,’ and a spoken word sample declaring “I want to do something I don’t know how to do.” This ideal is taken across much of the record, with a newfound focus on (largely wordless) vocal samples, grounding the album from the soaring heights of their space-inspiring debut, leading to pieces that seem to traverse the natural world, the titular maze of woods. The song titles reflect this – first single ‘Springworlds’ is a beautiful, soaring work revolving around a distant, echoing voice. ‘Peregrine,’ easily the album’s standout, is a strange, mysterious piece – minor key piano runs through the song, whilst rusted metal and ominous strings clash with beautiful synth washes before the whole piece drops to another unintelligible voice. Finally, the song soars to the heavens in an ambient haze that echoes their debut, whilst improving on it – the fact it’s no longer possible to tell who is playing what shows how good the duo have become.

The album, whilst still possible to pass you by in a single beautiful haze if you let it, never becomes dull or repetitive. Every song makes major shifts – ‘Slow Breathing Circuit’ jumps from warm acoustic guitar to intricate, Nils Frahm-esque piano work at the midpoint. ‘A Wind From All Directions’ slowly swells from delicate chanting to a huge, euphoric wave of noise and incomprehensible, yet powerful vocals, before descending back again in the album’s slow moving centrepiece. ‘Wolfkids’ is the closest the album gets to a stomper, a driving beat accompanied by a complex, twisting lead before seemingly deconstructing itself and collapsing into a quiet, drifting lullaby. The ever shifting nature of every track gives the album a morphing, living feel, a creature of beautiful noise.

If there has to be a criticism, it’s that the album never really hits the same heights as its members’ masterworks – EITS’ The Earth is Not a Cold Dead Place and Eluvium’s Talk Amongst the Trees still stretch to higher peaks. However, Maze of Woods is clearly the workings of a band still finding itself, and the peaks of this album hint at a lot more to come. Not to mention, both those masterpieces were third albums, so what comes next should be truly special…