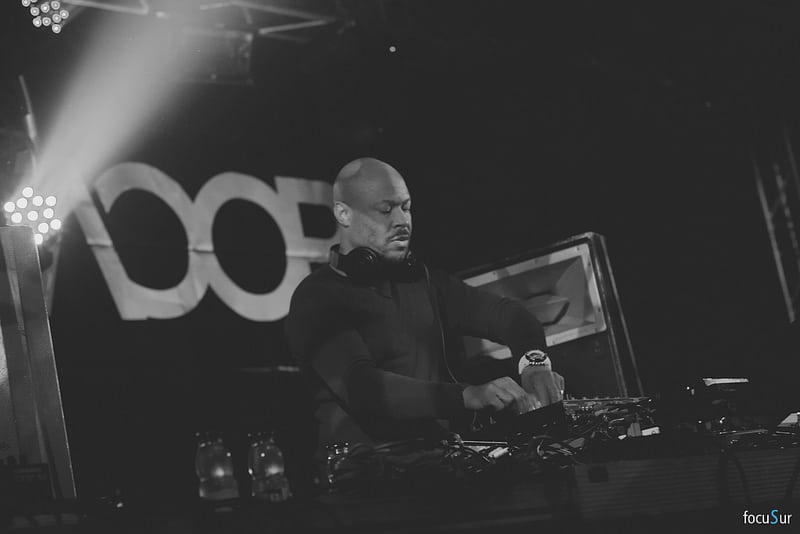 After unfortunate circumstances forced Robert Hood to pull out of Selective Hearing’s party back in December, Manchester has been patiently awaiting this rescheduled appearance. Patience is a virtue, and after four months of such righteous behaviour it was only fair that the revellers tonight rewarded themselves with some debauchery at the altar of the techno god.

The delay also conveniently allowed time for the completion of a new tailor made warehouse space in Salford that plays host tonight. With the December party planned to take place in Sankeys this is a marked upgrade – the eye-watering drinks prices are the same but the system is banging so no complaints.

Sunil Sharpe is pushing the Void speakers to their limit as I arrive at midnight. The Dublin DJ warms up for Mr. Hood expertly, driving energy levels upwards with the relentless kick of Slam’s ‘Catacoustics’ and Ben Sims’s throbbing remix of ‘Anipintiros #5’.

Then up steps Robert Hood – one of the few people capable of looking snappy in a pair of Beats by Dre headphones – and the repressed energy of four months waiting explodes within the crowd. He is everything a DJ should be: crafting a set of slick grooves and thumping beats, finding that perfect balance where the impact of high points of euphoria are propelled by the darker moments underpinning them. Drawing for Richie Hawtin’s ‘Spastik’ floods the room with rolling percussion, building a tension that is unleashed as the funk fuelled ‘We Magnify His Name’ comes in. Hands rise to the gospel vocals in a mood akin to religious fervour, dancers become disciples celebrating a master at work.

Calling that set a tough act to follow is an understatement, but Selective Hearing parties are not ones to peter out. Their roster of residents always ensure top to bottom strength on every bill, showcased tonight by recent addition Cleric’s closing set. His selections are minimal but atmospheric: the synths of UVB’s ‘Mixtion’ creep through the room before the stripped down percussive loop of ‘Rave (Dirt mix)’ keeps the room pounding until curfew.