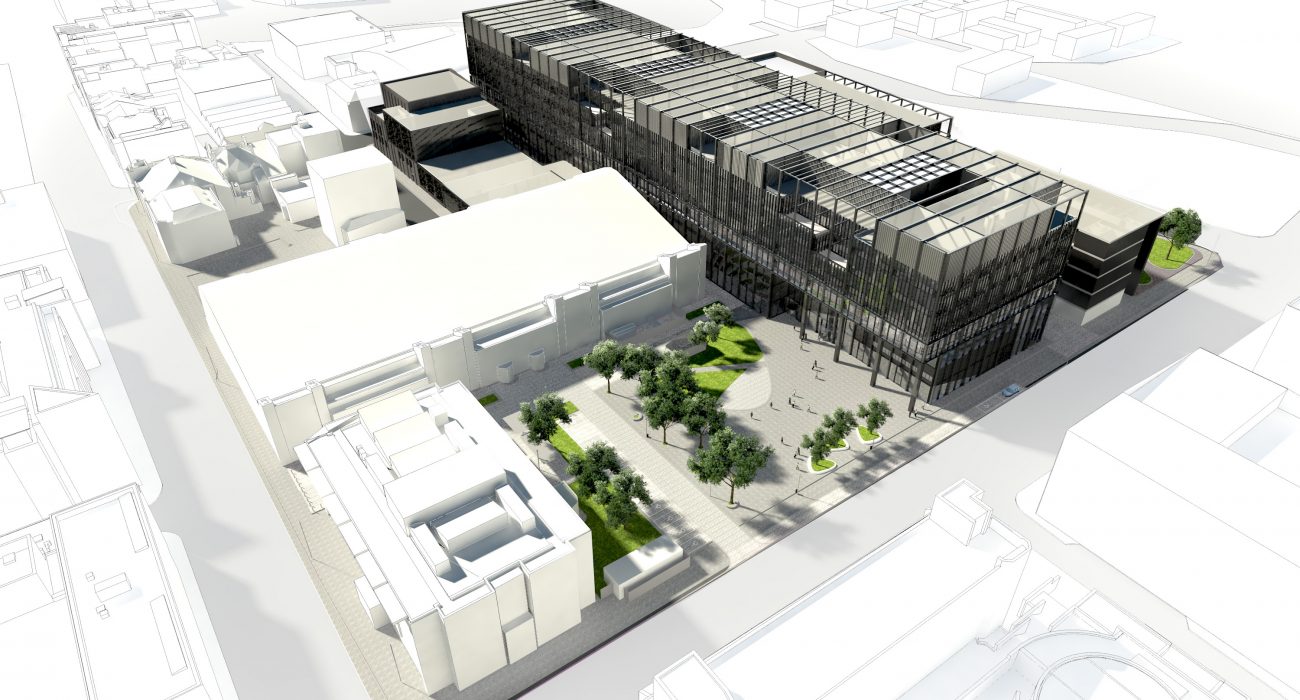 The campus will be one of the largest single structures ever built at a UK university. Image: Mecanoo / University of Manchester

The University of Manchester has outlined plans to invest £350 million into creating a new engineering campus.

The Manchester Engineering Campus Development (MECD) is set to be one of the most ambitious construction projects ever undertaken by a British university and will see the university’s four engineering schools move from Sackville Street and join the rest of the university’s departments on the Oxford Road part of the campus. Two research institutes from the Faculty of Engineering and Physical Sciences will also make the move.

Due to open in 2020, the new facility will take the form of a single structure, rather than a cluster of separate buildings. The entire site will be enclosed by a cage-like structure and will span the width of a traditional urban block.

Dutch firm Mecanoo have been chosen to design and construct the campus, which will have a floor space of 78000 square metres, equivalent to 11 full-size football pitches. It will be built opposite the National Graphene Institute, the university’s most recently opened major scientific endeavour.

A statement from the firm read: “The MECD will be one of the largest, single construction projects ever undertaken by a higher education institution in the United Kingdom and will transform the way in which the university educates future engineers in response to the needs of the fast-changing global economy.

“The campus will help demonstrate how UK engineering is one of the most creative industries in the world.”

Mecanoo are no strangers to the city of Manchester, having designed HOME—the centre for contemporary art, film and theatre that opened earlier this year. They also have vast experience in designing educational facilities, most notably Europe’s largest public library in Birmingham, as well as structures in multiple university campuses across the Netherlands.

The University of Manchester has long intended to merge its two campuses and the announcement of these plans shows that they have moved a step further towards realising this aim.

More than 8000 people will move to the new campus. Photo: Mecanoo / University of Manchester

The new campus will include state-of-the-art teaching spaces and cutting-edge technologies that will enable all students based there to engage with new teaching methods. Creativity and innovation are at the heart of the design; one of the major features of the ground floor will be a ‘maker space’, where students and academics will be able to share their ideas in dynamic workshops.

Roughly 6750 students will move to the new campus, along with 1300 academics, researchers and support staff.

Professor Martin Schröder, Vice-President and Dean of the Faculty of EPS at the university, said: “This outstanding new campus development will build upon our proud heritage of innovation and discovery across engineering and science that began with the establishment of the Manchester Mechanics’ Institute in 1824.

“MECD will inspire engineers to continue our pioneering spirit and to apply their knowledge and help modern industry overcome global challenges, such as climate change, finite natural resources and changing world markets.”