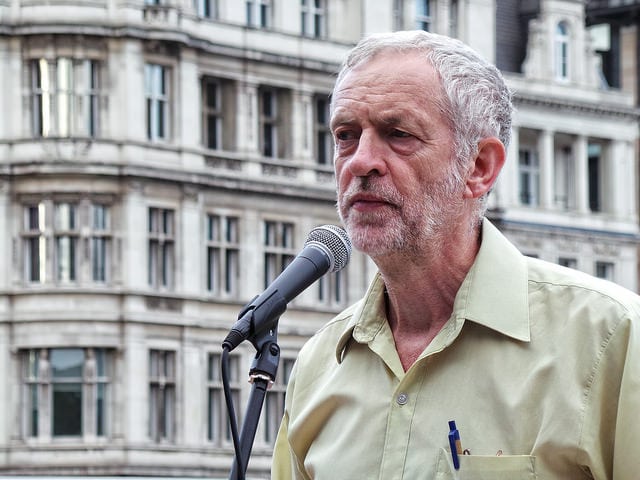 Corbyn clearly has huge grassroots support, but can he unite the opposition against the government? Photo: Garry Knight @Flickr

Jeremy Corbyn has inherited a deeply divided Labour party after creating the biggest political earthquake of this century. A clear schism exists between those on the left of the party—some of whom are licking their lips at the prospect of power for the first time in decades—and the groups in the centrist camp who maintain that the only path back to government is the centre ground, many of whom declared themselves unable to serve on Corbyn’s Shadow Cabinet mere hours after he was announced as leader.

The task now for the Labour Party and all those who claim loyalty to it is to shape it into a force with enough unity to be capable of governing in 2020. Corbyn’s shadow cabinet appointments have clearly been designed to do this, largely adhering to the principle of a broad ideological tent that he has talked about. However, pockets of contention and disunity exist between camps, stirred by the controversial appointment of John McDonnell as Shadow Chancellor.

These do not necessarily have to be a problem for Corbyn, yet. The huge mandate with which he was elected—one larger than Tony Blair’s share of the vote in 1994—means that a plot to topple him from within is unlikely. The danger lies further into the future, with the Scottish Parliament vote the first test of Corbyn’s Labour party in May next year and an EU referendum in 2017.

Initially shaken by seven front-benchers resigning two hours into his leadership, Corbyn has managed to appoint a cabinet that largely reflects the ideological makeup of the Labour party. He has also appointed the first majority female cabinet, shadow or otherwise, that Britain has ever seen, a commitment to equality that we can only hope becomes distinctive of his leadership, and not merely tokenistic.

Chris Bryant is notable as Shadow Leader of the House despite refusing the defence brief offered to him due to policy differences with Jeremy Corbyn. Maria Eagle is the new Shadow Defence Secretary, who can, along with her sister Angela, bring valuable experience. This is a shadow cabinet in which not everyone can be expected to toe the party line 100 per cent of the time.

Much has been made of the appointment of John McDonnell, Corbyn’s campaign manager and long term ally as Shadow Chancellor due to his well-publicised left-wing views. While better, less divisive candidates could be found for the job, Corbyn owes his man the spoils of war for now, and to think that before 2020 there will not be a reshuffle would be foolish.

This consensus building is something that has come to characterise Corbyn’s brand of politics despite his polarising views. Indeed, Corbyn has been the first to talk of long-term policy reviews and the need to bring policymaking back to the party’s members. If Jeremy Corbyn can lead the shadow cabinet and a party that works for a common good in spite of its differences, he will certainly be more than halfway towards leading Labour in a serious challenge for power in 2020.

From what we have seen during the leadership contest, the at-times horrific treatment doled out by sections of the right wing press and elements of the political class is going to be a permanent fixture of this leadership. As a result, it is inevitable that the Labour party and Corbyn will struggle to hold back the tide of bilious vitriol that has already begun to flow.

Attacked for his controversial statements, it seems there is a different rulebook for others who wish to call Labour “deranged”, or to suggest that Corbyn’s time is so occupied by left wing politics that he prioritised attending a meeting above seeing his dying mother (Tim Rayment in The Sunday Times 13/09). Even the Prime Minister declared Jeremy Corbyn a “threat to national security,” signalling yet another characteristically cheap Conservative PR move.

It may well be true that Corbyn holds views that some would call extreme or radical, but to suggest that your political opponent is a threat to someone’s family is, even by Cameron’s standards, distasteful.

Perhaps then it is no surprise that Corbyn has avoided, and made no secret of his dislike for, certain sections of the media. There is no love to be found in the right wing press, and so it should not be sought, but this means that other elements of the media are now all the more important. He will then, have to grow a thick skin and formulate a coherent and intelligent media strategy that retains as much control over his message as possible.

Broadcasting will be central to this, and Corbyn would do well to build good relationships with people he is likely going to see more of in the coming years. Not appearing on the Andrew Marr show the day after being elected due to his alleged anger at a Panorama film the week before was a wasteful and almost petulant move.

To Jeremy Corbyn’s credit he has refused to engage in personal attacks or mud slinging, instead remaining calm and collected. This resonates well with a public that has grown tired of endless Punch and Judy politics. An online poll run by the Daily Mail after Corbyn’s victory asking whether he would still be leader at the next General Election resulted in 46 per cent saying they didn’t know. Only 21 per cent said no.

Asked who would make a better Prime Minister, 44 per cent said Cameron, 27 per cent said Corbyn, and 29 per cent didn’t know. As Len McCluskey, general secretary of Unite, asked in The Guardian on Saturday the 12th of September, if people who are not natural Corbyn supporters are still not sure after such negative media coverage, then perhaps they are willing to give him a chance?

This willingness to give Jeremy Corbyn a chance and the heady optimism that has characterised the mood of his rallies are something seldom seen in British politics, and appear to be a product of the fact that Corbyn’s popularity began at a grassroots level and transformed into a social movement, as well as a political one. This has not been seen for a long time. This support, if properly grown and maintained, will surely go some way to blunting the vicious attacks yet to come from the media and others.

It will not be easy for Jeremy Corbyn and the Labour party. As John Mann MP, University of Manchester alumnus has said, Corbyn’s support among many in the party is very much on a “payment by results” basis.

With Scottish Parliament elections in May next year the pressure will be firmly on to deliver after Labour suffered its worst ever defeat in the General Election this year. Maintaining a unified broad-based cabinet and party will help, but very little will soften the blow of electoral defeat.