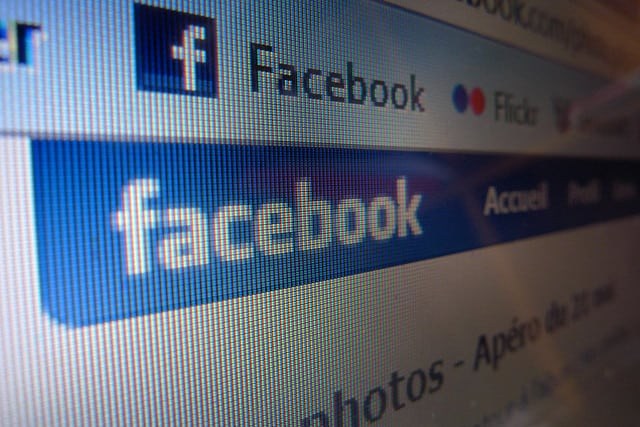 Are we becoming desensitised to the dangers of the internet?Photo: Franco Bouly @Flickr

In her book Not That Kind Of Girl, Lena Dunham was widely criticised for sharing that she had harmlessly explored her sexuality and body with her sister when they were both young children. Anyone who has read the book and understands the context of the situation will know that Dunham acted as many young children do on the cusp of puberty. It is not, as some tabloids reported it, paedophilic, depraved or malicious. Dunham has always been a self-confessed ‘over-sharer’, and her large fan base has praised her for it. And yet over this intimate confession of childhood innocence, she was deemed a pervert. It would appear that for Dunham, the public embraced and rejected her openness.

The concept of “oversharing” is prevalent in both journalism and social media, with more selfies being taken than any other form of photograph on Facebook. It would appear that Generation Y has become Generation “is this my best angle?” While selfies are occasionally mocked, they are accepted as the social norm; the idea of sharing intimate, often nude, photos of oneself for thousands to see is a naturalised phenomenon in the present day. The same can be said for posting personal beliefs (even if they cause great offence to others) on various platforms such as Twitter, Facebook and Tumblr. And this is apparently a “normal” form of self-expression.

When talking to my technophobic mother the other day about starting a Facebook account, the differences occurred to me between her generation and mine on the line that divides personal and public information. I wouldn’t hesitate before uploading a picture of my puppy playing in our living room, whereas my Mum’s immediate reaction was “what about weirdos seeing our house, where we live, my furniture!” I asked myself whether the 30-year age gap between us was the answer to her pedantry about keeping our private lives private, or whether it was because I have become fundamentally hardened to the chronic “oversharing” cultivated by my fellow Facebook friends.

While sharing the odd selfie on a particularly good hair day isn’t exactly setting the world on fire, the constant barrage of personal pics flowing daily through Instagram can lead to the promotion of so-called fantasy relationships. We’re all guilty of it, stalking girls we despise simply because we stumbled across them on Instagram and they have better clothes, better skin, and a better body. After seeing 50 pictures of some poor girl you’ve never even met and whose birthday party you weren’t even invited to, you begin to feel like you know her. She’s out of reach, but only just. If you look at her long enough on Facebook you can learn every detail about her life, you’re basically friends. But what happens when this turns nasty? She may think she’s posting a harmless photo of her family, but does she really want all 653 of her “friends” to see her Nana’s 90th?

It feels as if we have become deadened to the notion of privacy. When does sharing cross over into the frightening realm of giving up your discretion in favour of a form of public ownership?

Without going into too much sordid detail, I have recently been rather embroiled in a love tryst. Of course, I’m over-exaggerating, but in basic terms a boy thought I was “leading him on” because I would occasionally reply to his rather bizarre Facebook messages. Not wanting to appear rude, I’d try to be congenial and subtly deter his somewhat full-on advances. Foolishly I thought this would be the end of it, little did I know the guy had been cultivating a fantasy relationship between the two of us and my off-hand replies were the fuel to his burning passion. While I don’t know for sure, I dread to think of my profile pictures being the object of sweaty desire for an afternoon’s self-fondlings.

Anyway, to avoid being crass, it’s over now. However, it did get me thinking—if those brief and frankly quite boring Facebook conversations had happened in real life, would the outcome have been the same? I am left thinking that when things happen over the Internet, they take on a whole new code of social conventions. Facebook succeeds in both giving and taking away anonymity—you can know everything about a person and nothing at all.

I suppose the crux of my argument lies in my deep fear of the power of “oversharing” in desensitising our generation to the wonderful intoxicant that is secrecy. When every moment has to be retweeted, regrammed, and relived, nothing is sacred anymore. You can “hate” a person you’ve never even met just for their poor choice of Instagram filter and you can fall in love for the very same thing. It sounds jaded to say this, but maybe we all need to take a step back from our laptops, and put the iPhones down, just in case we’ve given our lives away without even realising it.