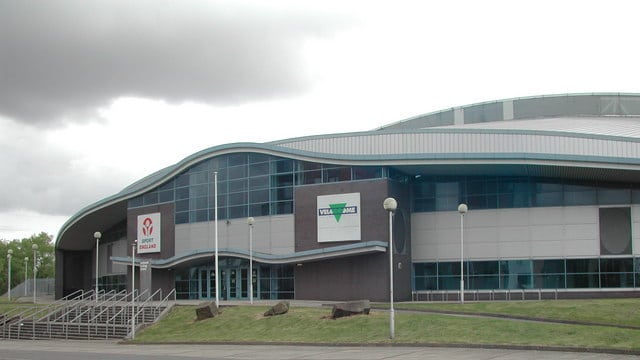 Sport in the City: The 2015 UEC BMX European Cup

Over the course of the academic year, as well as paying close attention to, and prioritising the progress and successes of, our university’s very own societies, teams and campus sports, let our new Sport in the City feature tempt you into a very different sporting day out. Whether it’s a new sport, a team about whom you did not know, or just an event that interests us, we hope that we will entice you to explore the wide sporting variety that the city has to offer during your time studying at the University of Manchester.

In the spotlight this week: The 2015 UEC BMX European Cup

The UEC BMX European Cup is an annual BMX bike competition, featuring the elite crop of BMX bike riders, not just from throughout Europe but all over the world. Similar to the way in which the BMX World Cup operated between April and September of this year, the 2015 edition is also divided between a number of different stages in various cities throughout Europe. After touring Belgium, France, Denmark and Switzerland with two stages hosted in each country, Manchester has been picked as the lucky hosts of Stages 9 and 10, in what culminates as the final of this very prestigious event in the world of BMX cycling.

Each stage in the European Cup offers a weekend of sporting activity, with various individual races for the elite men, women and even juniors. Over 1000 riders from 12 or more counties are anticipated to be in Manchester for the most illustrious competition in the world of BMX cycling. Thus far, in the previous eight stages of the European Cup, one thing the results do tell is that in this sport, always be prepared to expect the unexpected, with the ‘Men’s individual Race #1’ being won by four different riders in four different countries.

However, regarding the Women’s competition, do keep your eye out for 24-year-old Venezuelan BMX rider Stefany Hernandez. Should the Olympian compete in Manchester and win both stages, she will make it eight stage wins out of the ten in which she has taken part.

This year’s event takes place at the National Cycling Centre—more commonly known throughout Manchester as the Velodrome—which is situated just over the road from the home of Manchester City FC’s Etihad Stadium. Although not visible from the main road, the venue is situated just before the large ASDA complex opposite the football stadium and is heavily signposted around the Etihad and Sportcity campus.

In terms of travel, the National Cycling Centre is based 3.2 miles away from the University of Manchester Students’ Union and again is easily accessible through means of public transport. Should you wish to travel by bus, you will need to catch the 216 to Sportcity from Stop D in Piccadilly Gardens, with a journey time of only 10 minutes.

However, you could catch the Metrolink from anywhere in the City Centre and get off at the ‘Velopark’ stop, which is the nearest stop to the National Cycling Centre. Trams run to and from Velopark every 12 – 15 minutes. However, please note that due to Manchester City’s home game on the Saturday of the event, take extra time to plan your travel to and from the venue.

Inevitably, as with any major competition, regardless of the type of sport, the entry price often represents the standard of athletes and competitors involved. But with a three-day pass priced at £25, a two-day weekend pass at £18, or even if you only fancy visiting for a day for £12, we think such an event is both affordable and well-priced for students looking for an afternoon of sport. Unfortunately, no concessionary options are available, but the above spectator tickets can be purchased online here.

The National Cycling Centre offers the only permanent indoor BMX track in the country, with seating for up to 1,800 fans. Its velodrome is often cited as the catalyst for Great Britain’s recent cycling success, with the likes of Chris Hoy and Victoria Pendleton being big fans of the facilities in Manchester. As well as offering several multi-purpose sports courts for badminton, basketball and even korfball, the BMX facilities are only four years old and the complex itself was constructed at a cost of £24 million in a partnership between Manchester City Council and British Cycling, whose headquarters are housed there, too.

Although many people associate the word BMX with the type of bike that you would ride when you were much younger, the format of BMX racing is actually derived from motocross racing and as a sport its origins are thought to derive from 1970s Southern California. After calls for the sport to be recognised in the Olympic Games, it was only in 2003 when the International Olympic Committee agreed that BMX bike riding could be considered a full medal Olympic sport from the 2008 Beijing Olympic Games onwards. Subsequently, the first Olympic gold medal winners in the sport were French female rider Anne-Caroline Chausson and Latvian male Māris Štrombergs, with the latter still holding on to his gold medal after success in the 2012 London Olympics.

The 2015 UEC BMX European Cup takes place in under a fortnight’s time, between Friday 16th October and Sunday 18th October. Therefore, you have plenty of time to plan in advance and to enjoy a different day out with more thrills, spills and skills than over the road at the Etihad Stadium, where Manchester City will host the 2014/15 Sky Bet Championship winners Bournemouth during the same weekend on the Saturday.