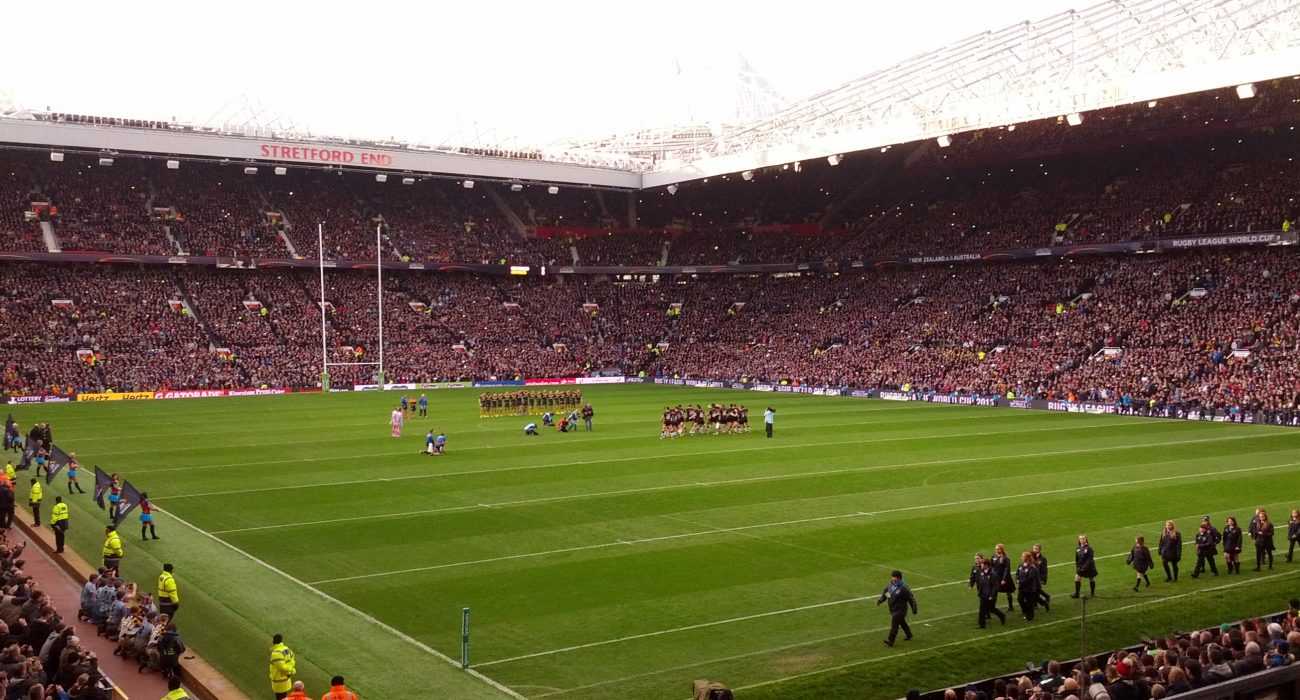 This Saturday evening, the Etihad stadium will see England’s Rugby Union side face off with Uruguay in their final World Cup group game. For most cities, hosting a World Cup match involving the host nation would be enough of an occasion. However, this time, Old Trafford will play host to the Rugby League’s showpiece event—the Super League Grand Final—two hours before England’s kick off.

This will be a night to remember for Manchester, not just because Greater Manchester Police will not allow Manchester City and Manchester United to play at home on the same day—but because it’s exceptionally rare that both venues are used for such big matches simultaneously.

For the Southern or international students that are unfamiliar with the Rugby League, there are some differences, but it is as exciting as Rugby Union! There are 13 players rather than 15. No rucks, contested scrums or lineouts. What gives the league its reputation for speed and tries is the six phase rule. A team can only be tackled and brought to the ground six times before having to hand the ball over to the other side. This means that there aren’t any endless periods of possession and unmoving lines of defence which is often the case in the Rugby Union.

At the time of writing, the favourites to win the Super League are Leeds Rhinos. The winners of the League Leader’s Shield have four out of the thirteen players in the Super League Dream Team, and two out of the three nominees for Man of Steel. They also have a habit of winning the final, even if they haven’t been close to winning the league, having won the Super League at a record of six times. Leeds Stalwarts’ Kevin Sinfield and Jamie Peacock are joined by young stars like Zak Hardaker. As League Leaders, they will be the marked team of the playoffs.

Huddersfield are also in the mix for glory, the home of the Rugby League—although they have never won the Super League. Coming third in the league this year, 2013’s Man of Steel and captain, Danny Brough, will be hoping that he can lead the giants to a first major trophy win since 1962.

Local foes Wigan and St. Helens will be fancying their chances for the final too. The fiercest rivalry in club rugby, last year’s final between the two teams descended into chaos in the opening minutes. Wigan prop Ben Flower was red carded and banned for six months when he punched St Helens’ Lance Hohaia twice in the face in the first three minutes of the game.

The two sides have also been amongst the most successful in league history. Between them they have 31 Challenge cups and 33 League titles (Wigan more successful with 19 cups and 20 leagues). They are also well represented in the SL Dream Team, with 2 players each.

The Rugby Union and the Rugby League are different codes of the same sport, so it’s often the case that players will switch between one and the other. Prior to 1995, Rugby Union was strictly amateur and this meant that working class players changed to the Rugby League to earn more money. Jonathan Davies is an example of an international in the Rugby Union moving to the league in this era. Nowadays, players tend to move from the league to the more lucrative Rugby Union; World Cup winners Jason Robinson and Sonny Bill Williams being the most successful converts this way. Sam Burgess is also a recent case of this, having had a very successful career in the league.

Rugby League has also tried to grow the game outside its heartlands. Arguably one of the greatest league matches ever taken place at Wembley Stadium, England lost to New Zealand in the last 20 seconds of the match and missed out on a place in the 2013 World Cup final. As a southern Rugby League first timer that day, I can safely say it was the most exciting and gut-wrenching sports match I’ve ever been to. Such was the drama—the last minute try was named “Wembley’s moment of the year”. In 2013, Wembley also hosted the Champions League final, the FA Cup final and the NFL—so it was certainly a strong endorsement for the Rugby League.

The fact that the England game is the only Rugby Union World Cup match taking place in Manchester, is part of a wider lack of matches in the North. Traditionally, the Rugby Union is a Southern game and the league is played in the North, particularly in Yorkshire and Lancashire. Only five Rugby World Cup games are in the north this year, and only two are being played in rugby league cities.

The ticket prices are also off-putting to Northerners wanting to see the Rugby Union for the first time. A ticket to the World Cup will set you back between £50-250. Super League however, ranges between £20 – 70 in general sale (£10 from the Students’ Union), and is therefore more likely to attract more of the casual observers as well as hardcore fans.

No matter the result of either game, the Super League winner lifting the trophy at the moment when England start their final World Cup group game will be an unmissable sporting occasion.